Former Parks and Recreation and current Master of None star Aziz Ansari is now engaged.

Page Six reports the actor and stand-up comedian broke the news Wednesday night, during a set at New York City’s The Comedy Cellar, and that his fiancée is Danish forensic data scientist Serena Skov Campbell.

“We all went nuts” about hearing the good news, a source who was there told the publication.

Ansari, who also revealed he’s been living in the U.K., reportedly joked that he hoped his kids would be more Indian than Dutch, according to the paper.

Ansari had mentioned Campbell on stage before. Things were apparently already serious between them back in 2019, when he revealed during a set at Radio City Music Hall that he planned to take Campbell to India to meet his grandmother. 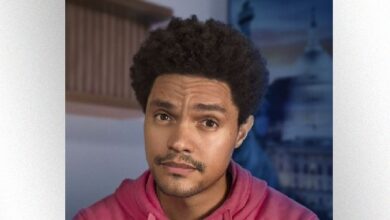