(WASHINGTON) — The wife of an American held hostage by Islamist militants in Africa broke years of silence on Wednesday to criticize U.S. government efforts and to make a plea to the leader of an al-Qaida-affiliated group to release her husband.

Els Woodke’s husband, Jeffery Woodke, is a Christian humanitarian aid worker who was kidnapped in October 2016 in Niger, where he had worked for decades aiding nomadic peoples in the Sahel region. She has largely avoided public comments other than several pleas to the captor networks, as her family and U.S. officials worked quietly to bring him home — but now she has decided to speak out.

“That situation has changed, and I’m now asking for help from my brothers and sisters in Christ, from the public, and from the governments of Mali and the United States,” said Woodke, a teacher’s assistant in McKinleyville, California.

Els Woodke appears in the new ABC News feature documentary “3212 UN-REDACTED” on Hulu to tell her husband’s story and reflect on an ill-fated U.S. Special Forces mission in 2017, which a former commanding general of U.S. Africa Command (AFRICOM) claimed publicly was tied to finding Woodke.

On Wednesday she said her family has grown deeply frustrated with the U.S. government’s failure to secure her husband’s release. Woodke’s captivity has now spanned three U.S. administrations.

“I have been repeatedly threatened [by U.S. officials] that if I disclosed certain information that came from certain sources that I would no longer receive any information. I have also had so many restrictions imposed by the U.S. government that any meaningful attempt to raise a ransom is effectively prohibited,” Els Woodke said in her prepared remarks.

U.S. officials have shared with Els Woodke details of her husband’s captivity drawn from classified intelligence under condition of strict secrecy, sources involved in hostage recovery have told ABC News in the past.

Els Woodke disclosed that her family now has reason to believe from their own sources in Africa that her husband has been transferred from the Islamic State in the Greater Sahara (IS-GS) to an al-Qaida affiliate in northwest Africa known as JNIM — which would offer hope because the JNIM leader in the past has negotiated the release of Western hostages in the Sahel. In August, French forces killed Adnan Abou Walid al-Sahrawi, the ISIS leader in northwest Africa, which Els Woodke said offers hope for a negotiation with JNIM.

“According to multiple sources of information, we believe that at some point prior to the death of Walid, Jeff was moved from the custody of ISIS-GS to the custody of JNIM,” she said in her remarks. “The circumstances of that movement aren’t understood yet.”

Jeffery “was alive this summer,” she said, adding that she was asking fellow Christians to help her raise funds for a ransom because foreign governments have shared that the captors want to be paid “millions.”

Addressing her husband directly, she said, “Jeff, I hope you hear that we are working hard for your release. Do not lose hope. We love you. Stay strong. Stay strong.”

“I believe that you have kept Jeff safe and healthy and I thank you for that. I believe that you also desire that Jeff should be returned to his home and his work on behalf of the Tuareg and other nomadic people of the region,” Els Woodke said in the video. “You are the only one with the power to make that happen. Releasing Jeff will require compassion and mercy, but these are the characteristics of a strong and courageous leader.”

U.S. counterterrorism and hostage recovery officials have disagreed over intelligence about who kidnapped and held Woodke captive, pivoting more than a year ago toward a belief that JNIM had taken custody of the aid worker, officials have told ABC News. JNIM has held most of the Western hostages kidnapped in Burkina Faso, Mali and Niger for motives that range from acquiring ransom to using them as political bargaining chips.

In Woodke’s case, years went by without any communication or ransom demands by the captor network, sources involved in the case have told ABC News.

After a Green Beret team was ambushed leaving four U.S. soldiers dead in October 2017, then-AFRICOM commander Gen. Thomas Waldhauser made the startling claim that the team was attacked by ISIS near the village of Tongo Tongo after they had searched an empty ISIS campsite looking for intelligence on Woodke’s whereabouts. The claim shocked officers in the chain of command and in hostage recovery, whistleblowers say in the new documentary.

“I think it’s important to underscore why, then, was that mission undertaken? Why was it so important to send those people up there?” Waldhauser said at a Pentagon press conference in 2018. “We’ve had an American citizen by the name of Jeffery Woodke who has been captured and held hostage somewhere in that area for the last year and a half, and there was a possibility that what they might find at that target would be a piece of the puzzle of the whole-of-government approach, to try to return an American who’s been held hostage.”

“I had never heard that,” former Assistant Secretary of Defense (Acting) for Special Operations Mark Mitchell said in the ABC News film, regarding the Woodke connection to the ill-fated missions of the American team. “So I’m not sure where that characterization came from.”

Intelligence, military, FBI, and Trump White House officials have told ABC News that despite Waldhauser’s statements, the mission was never pegged to or driven by any efforts to find or recover Woodke and his name appears nowhere in AFRICOM’s 268-page investigative report, Mitchell and others have told ABC News.

Els Woodke and her two sons have wondered, however, if efforts to free her husband somehow led to the loss of the four American special operations soldiers.

“If this [mission] was indeed on my husband’s behalf, I would have to say, ‘Thank you so very much.’ Still, I am very sorry it happened,” she said in the documentary. “It’s a terrible burden to know that people [could] die in the attempt to rescue my husband … I don’t take that lightly.” 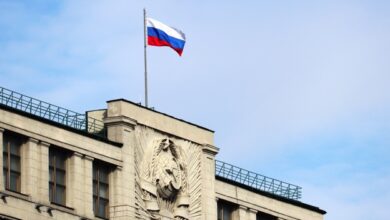 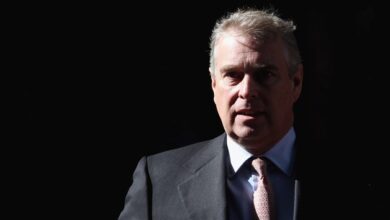 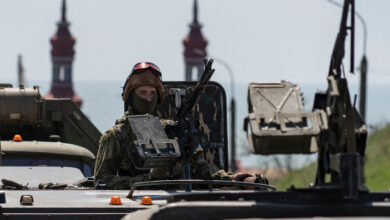