(WASHINGTON) — The United States on Monday condemned a Russian anti-satellite test against one of its own satellites that the U.S. said created a field of more than 1,500 pieces of debris that could remain in orbit for decades and pose a threat to other satellites.

Previous Russian tests have been of missiles or “killer satellites” capable of bringing down a satellite, but the new test marks the first time Russia has brought down a satellite with a missile.

The State Department criticized the Russian test as another example of what it said was Russia’s “dangerous and irresponsible behavior” in its space military operations.

“Earlier today the Russian Federation recklessly conducted a destructive test of a direct–ascent anti satellite missile against one of its own satellites,” Ned Price, the State Department spokesman told reporters Monday.

“This test has so far generated over fifteen hundred pieces of trackable orbital debris and hundreds of thousands of pieces of smaller orbital debris that now threatens the interests of all nations,” said Price.

“Russia’s dangerous and irresponsible behavior jeopardizes the long term sustainability of our space and clearly demonstrates that Russia’s claims of opposing the weapons and weaponization of space are disingenuous and hypocritical,” said Price in language not typically seen in diplomatic statements.

“We watch closely the kinds of capabilities that Russia seems to want to develop which could pose a threat not just to our national security interests, but the security instance of other spacefaring nations,” said Kirby.

The new test marked the first time Russia destroyed an orbiting satellite with a ground-based missile, but previous tests have also sparked strong U.S. criticism. Last year, Russia carried out two similar tests with ground-based missiles that either demonstrated the capability or missed their targets. A third test in July of last year involved a different anti-satellite technology when a “killer satellite” deployed a projectile in the direction of another satellite.

In 2007, China drew international condemnation after it destroyed an orbiting satellite that created a large debris field. The following year the United States brought down an American satellite for which the remaining fuel supply posed a threat to human populations upon reentry but also showed that the U.S. could target an orbiting satellite.

In 2019, India destroyed one of its satellites demonstrating that it, too, was capable of anti-satellite technology.

“Russia has demonstrated a complete disregard for the security, safety, stability, and long-term sustainability of the space domain for all nations,” Gen. James Dickinson, the commander of U.S. Space Command, said in a statement.

“The debris created by Russia’s DA-ASAT will continue to pose a threat to activities in outer space for years to come, putting satellites and space missions at risk, as well as forcing more collision avoidance maneuvers,” said Dickinson. “Space activities underpin our way of life and this kind of behavior is simply irresponsible.”

Price said the test would “significantly increase the risk to astronauts and cosmonauts on the International Space Station, as well as to other human spaceflight activities.” That threat seems to have been borne out on Monday when the seven American and Russian crewmembers aboard the space station were ordered for a time to take refuge in their Dragon and Soyuz lifeboats as the space station repeatedly passed through an unspecified debris field.

Earlier on Monday, U.S. Space Command confirmed that it was “aware of a debris-generating event in outer space” and that it was “actively working to characterize the debris field and will continue to ensure all space-faring nations have the information necessary to maneuver satellites if impacted.” 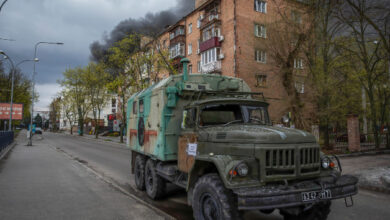 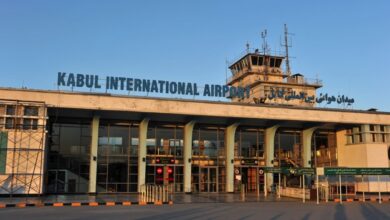 Historic Afghanistan evacuation wraps up, with fate of those left behind uncertain