Yes, Quentin Tarantino directed and co-wrote Pulp Fiction, but no, he doesn’t own it — at least that’s according to the studio Miramax, which is suing him for those Pulp Fiction NFTs he recently announced.

Miramax was the one-time Oscar-magnet studio owned by Harvey Weinstein and his brother Bob. Since Harvey Weinstein’s incarceration on sex charges, however, the studio has severed ties with the disgraced producer.

The Hollywood Reporter says the suit claims Tarantino didn’t get permission to launch his non-fungible tokens based on the hit Oscar-winning crime classic; as previously reported, the NFTs were to contain never-before-seen secrets and other goodies from the film.

The trade quotes Miramax’s suit as saying it was filed “in order to enforce, preserve, and protect its contractual and intellectual property rights relating to one of Miramax’s most iconic and valuable film properties.”

Furthermore, it states, “Left unchecked, Tarantino’s conduct could mislead others…into believing they have the rights to pursue similar deals or offerings, when in fact Miramax holds the rights needed to develop, market, and sell NFTs relating to its deep film library.”

However, Tarantino’s lawyers countered, saying the NFTs fall into special rights he had enumerated in his contract. The trade notes the situation might be legally murky, seeing as NFTs didn’t exist back when Tarantino made the 1994 film. Michael Douglas wants John Krasinski to play him in a biopic 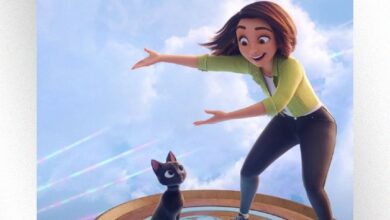 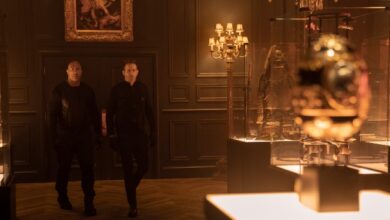