Oscar winning actor and producer George Clooney virtually sat down with Marc Maron on his WTF podcast Monday and discussed last month’s fatal shooting on the set of the movie Rust.

Cinematographer Halyna Hutchins was killed and director Joel Souza was injured when star and producer Alec Baldwin fired a gun he believed was “cold,” meaning unloaded.  An investigation is ongoing.

Clooney explained he was good friends with actor Jon-Erik Hexum, who was killed in 1984 when he put a blank-loaded gun to his head and fired. George also revealed he was “really good friends” with Brandon Lee, who was mortally wounded in 1993 when an unnoticed bullet was fired into his abdomen by a blank charge on the set of The Crow.

“That was a series of…really stupid things,” Clooney said, detailing that accident.

Of the Rust shooting, Clooney exclaimed, “Why for the life of me, this low-budget film, with producers who haven’t produced anything, wouldn’t have hired for the armorer someone with experience,” he said, referencing 24-year-old neophyte Rust armorer Hannah Gutierrez-Reed.

“Maybe they weren’t doing target practice with that gun, but they had live ammo with dummies in her pack. And that is insane,” Clooney said. “It’s infuriating.”

“It’s a terrible accident,” Clooney continued. “But a 24-year-oldperson with that little experience shouldn’t be heading up a department with guns and bullets on it.”

Gutierrez-Reed’s attorney has said he believes someone mixed live rounds with dummy rounds on the Rust set in order to sabotage the production, but has provided no public proof to support the claim.

“Every single time I’m handed a gun on a set,” Clooney explains, “I look at it, I open it, I show it to the person I’m pointing it at…every single take…And part of the reason we do that is because of Brandon.”

Clooney said he “hoped” Baldwin did the same, but didn’t know.  He also said, “I’ve never heard the term ‘cold gun,'” referring to the term assistant director David Halls reportedly said to Baldwin to indicate that the gun was empty.

Allowing that “dummy bullets are tricky” because it takes a close inspection to see whether they’re harmless or not, live bullets had no business being on set. Clooney also said when it comes to revolvers — the same type of pistol Baldwin used —  “you always point it at the ground and squeeze it [the trigger] six times” to ensure nothing comes out of the barrel. 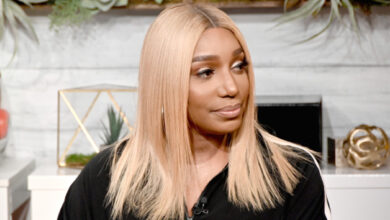 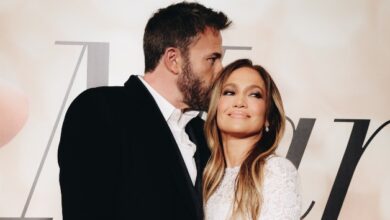