(WASHINGTON) — A former senior Department of Homeland Security official who once accused the Trump administration of politicizing intelligence said Sunday that a return of President Donald Trump to the White House in 2024 “would be a disaster” for the U.S. intelligence community.

“(Former President Trump) has denigrated the intelligence community, he puts out disinformation — and that’s an existential threat to democracy and he is one of the best at putting it out and hurting this country,” Brian Murphy, who once led the DHS intelligence branch, said Sunday in an exclusive interview on ABC’s “This Week” with George Stephanopoulos.

“I became a whistleblower because when I arrived at DHS in 2018, from the outset, everything that I had stood for — you know, finding objective truth when I was in the FBI and serving in the Marines and serving the American public — was quickly told to me that’s no longer acceptable,” Murphy said Sunday.

In his complaint, Murphy further accused Nielsen, Wolf and other top officials of scrambling to gather and prepare intelligence reports that aligned with Trump’s public remarks in the months leading up to the 2020 election.

“There was intense pressure to try to take intelligence and fit a political narrative,” Murphy said Sunday. “When I got to DHS, it was all about politics.”

In one instance, Murphy wrote in his complaint that he was “instructed” by Wolf “to cease providing intelligence assessments on the threat of Russian interference in the United States, and instead start reporting on interference activities by China and Iran.”

On Sunday, Murphy said “there was a push-on across government at the senior levels — cabinet officials — to do everything possible to stifle anything” about Russia’s interference.

“They did not want the American public to know that the Russians were supporting Trump and denigrating what would soon be President Biden,” Murphy added.

Murphy also claimed Sunday that discussing white supremacy as a national security threat became a “third-rail issue” within the department after the 2017 “Unite the Right” rally in Charlottesville, Virginia.

“I disagreed with that, I made that known to my superiors,” Murphy said Sunday.

A DHS spokesperson said last year that the agency “flatly denies that there is any truth to the merits of Mr. Murphy’s claim.”

Wolf responded last September during a speech that any effort to “paint recent DHS actions as examples of mission drift or politicization … could not be more wrong.” James Wareham, Nielsen’s attorney, told ABC News at the time that Murphy’s allegations “would be laughable if they were not so defamatory.”

Murphy’s explosive claims nonetheless fueled concerns that Trump and his appointees had sought to politicize the intelligence process to more closely support the administration’s legislative and political agenda.

Shortly before filing his whistleblower complaint, Murphy was reassigned within the department after it was revealed that his intelligence unit had included reporters’ tweets in bulletins disseminated to law enforcement networks across the U.S. — a practice that experts said was out of the agency’s purview.

Questioned by Stephanopoulos about that, Murphy said Sunday he “understands why, at the time, the media reacted the way they did” to reports his branch collated public-source information about reporters, citing the alleged credibility gap between the White House and the American people.

Murphy added that “at no time was I aware or direct anybody in my organization to collect information on journalists.”

“People did not trust (the Trump administration). There was a war against the media and I wasn’t going to be a part of that,” Murphy said. 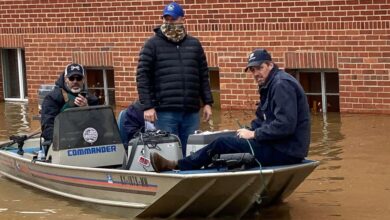 COVID-19 vaccines rescued by boat amid severe flooding in Kentucky 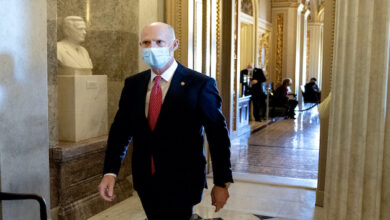 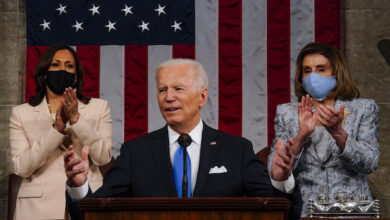 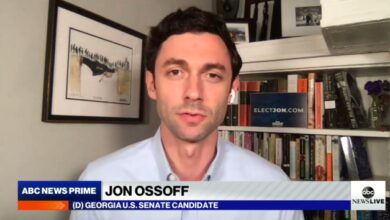