(WASHINGTON) — Senate Democrats on Tuesday introduced their latest version of a sweeping election reform bill to counter the record-number of voting restrictions that have passed in GOP-led states, which they say make it harder for minorities and low-income Americans to cast a ballot.

The modified bill, now known as The Freedom to Vote Act, is a compromise after the previous For The People Act failed to pass in the Senate last June.

Significantly, the new bill was crafted by a group that included moderate Sen. Joe Manchin, a key swing vote, after he opposed an earlier version of the legislation charging that it was too broad and lacked bipartisan support.

Senate Majority Leader Chuck Schumer, D-N.Y., promised a vote on the bill next week, most likely a procedural vote to break an expected GOP filibuster.

“This is a good proposal. One that nobody in this chamber should oppose,” Schumer said on the Senate floor Tuesday morning. “My colleague Senator Manchin is working with Republicans to secure support for the bill and we look forward to hearing what changes they might make on legislation.”

“Seemingly every few weeks, Democrats take another run at this. This week’s latest ‘compromise’ is just a compromise between the left and the far left. It’s the product of Washington Democrats negotiating with each other about how much power they should grab. It contains many of the same fatal flaws as their previous attempted takeovers that have already fallen flat,” McConnell said.

“These are fake solutions in search of a problem,” added McConnell, noting that Republicans “will not be letting Washington Democrats abuse their razor-thin majorities in both chambers to overrule state and local governments and appoint themselves a national Board of Elections on steroids.”

But among the provisions dropped or changed is the automatic mailing of ballots. Under the new measure, any voter may request a mail-in ballot but they are not sent out automatically. The legislation will continue to allow voter roll purges but requires changes to be “done on the basis of reliable and objective evidence and prohibits the use of returned mail sent by third parties to remove voters.”

The bill would also no longer implement public financing of presidential and congressional elections. Still, there are a number of election security provisions, including mandatory, nationwide use of machines that deliver paper ballots.

“The fact of the matter is that this legislation is critical for stopping some of the most egregious assaults against voting rights happening at the state level. A few weeks ago, the governor of Texas signed one of the most sweeping voter suppression bills in the entire country,” Schumer said.

Voting rights advocates have praised the bill and are urging the Senate to pass the legislation.

“The Freedom to Vote Act is a very strong bill. It gives powerful new momentum to the fight to protect democracy. It should be passed, and soon,” said Michael Waldman, president of the Brennan Center for Justice at NYU Law.

“There is now no substitute for action. As redistricting unfolds across the country, time is of the essence. Lawmakers from both parties should embrace this new legislation, and will do so if they are serious about protecting democracy,” he added.

It is unclear if this bill would garner the support of many Republicans, though Manchin has been talking to fellow moderate Lisa Murkowski, R-Alaska. The Minority blocked the Democrats’ first stab at the bill claiming it was a solution in search of a problem and maintaining that election administration is the province of states — not the federal government.

Yet, Sen. Susan Collins, R-Maine, signaled that there are provisions in the latest bill that she could support.

“He sent me a very high-level summary last week which they read, but it does not have many of the details fleshed out. There are two provisions in that if they’re done correctly I would support. One is the disclosure of contributors to dark money groups, but it has to apply to all of them,” Collins said.

Ten Republicans would be needed to overcome the chamber’s filibuster rule requiring 60 votes for most legislation. To modify that rule, all 50 Democrats would need to be on board with changing Senate rules to allow the legislation to pass on a simple majority vote — with Vice President Kamala Harris breaking the tie — but Manchin has point blank refused to support such an extraordinary move.

“The filibuster is permanent,” Manchin told ABC News when pressed on a voting rights specific carve-out.

At this point, it appears there is not likely to be enough GOP support to pass the measure, though Manchin said he’s continuing conversations with Murkowski and that the Senate has “made some good strides” finding compromise.

“We made some major changes from the original position we’re taking and we’ve got something that makes a lot of sense,” Manchin told ABC News’ Congressional Correspondent Rachel Scott on Tuesday.

“I’m anxious to go talk to all my Republican friends, which I’ve been doing, giving the outline of what we’re trying to change and see if there’s a filibuster,” he added. 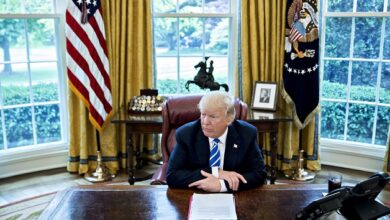 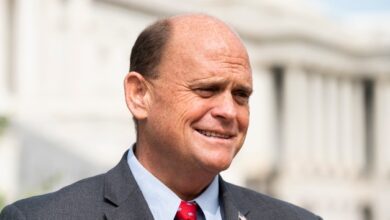 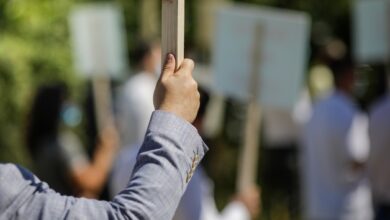