(ADDIS ABABA, Ethiopia) — Voting was underway in Ethiopia Monday as Tigray, the northernmost regional state of the country, is torn apart by civil war and famine.

Eritrean troops from across the border and Ethiopian national forces are being accused of war crimes, rape and ethnic cleansing in the region.

Eritrea, a neighboring country, reportedly sent troops because they were concerned that they would be attacked by forces from the Tigray’s People’s Liberation Front, or TPLF.

Ethiopian Prime Minister Abiy Ahmed launched a military operation in Tigray last November to oust the the TPLF as the regional ruling party.

The TPLF refused to accept Abiy as the country’s legitimate ruler. In September 2020, they went ahead with its regional elections in Tigray, in defiance of the Ethiopian government.

“Hope and optimism, support and hope,” TPLF Chairman Dr. Debretsion Gebremichael said on Sept. 16 in a Facebook post, translated to English. “The people of Tigray have confirmed the political ideology of the people of Tigray.”

The Ethiopian military began attacking after TPLF forces had attacked military bases belonging to Ethiopian soldiers in November 2020. The ongoing civil conflict is being blamed for the deep food insecurities within the region.

Over 1.7 million people displaced due to conflict are in need of urgent assistance across 265 accessible locations in Ethiopia’s Tigray region and neighboring Afar and Amhara, according to data collected by the International Organization for Migration’s Displacement Tracking Matrix.

“Women say they have been raped by armed actors; they also told stories of gang rape, rape in front of family members and men being forced to rape their own family members under the threat of violence,” Wafaa Saeed, deputy U.N. aid coordinator in Ethiopia, said in a briefing to U.N. member states in New York.

Saeed said that at least 516 rape cases have been reported by five medical facilities in Mekelle, Adigrat, Wikro, Shire and Axum.

“Given the fact that most health facilities are not functioning and also the stigma associated with rape, it is projected that actual numbers are much higher,” she added.

A dozen top U.N. officials called Monday for a stop to indiscriminate and targeted attacks against civilians in Tigray, particularly calling out reports of rape and “other horrific forms of sexual violence.”

Eritrean and Ethiopian troops are also accused of destroying crops and killing livestock, presumably in an effort to weaken the regional opposition.

Famine has affected at least 350,000 people in Tigay, according to the U.N. World Food Programme.

Tadesse Aregawi said that his 14-year-old nephew weighed only 32 pounds after the family spent months hiding in a cave.

“We were only eating roasted barley. Six people died and we had to bury them during the evening as it was not possible to do it during the day,” said Aregawi, translated into to English.

Church watchman Maru Gebremariam said the dead have been buried in mass graves and have not been given a proper burial.

“They were destroyed, there was nothing there. Dogs have eaten them, some of the remains were just bones. There was no flesh — no flesh, bones. Their bodies [were] destroyed,” said Gebremariam.

“The Food and Agriculture Organization of the United Nations (FAO), the United Nations World Food Programme (WFP) and UNICEF call for urgent action to address the dramatic acute food insecurity in northern Ethiopia,” the U.N. said in a statement. “The three agencies are particularly concerned about the situation in Tigray region where the risk of famine is imminent, unless food, livelihood assistance and other life-saving interventions continue to be scaled-up, unimpeded access is guaranteed, and hostilities cease.”

“People in Tigray continue to suffer human rights violations, abuses and atrocities, and urgently needed humanitarian relief is being blocked by the Ethiopian and Eritrean militaries as well as other armed actors,” U.S. Secretary of State Antony J. Blinken said in a statement last month.

Abiy, who won the Nobel Peace Prize for ending a decadeslong war with Eritrea, has been in power since 2018 and is likely to win reelection this week. On Monday, Abiy denied the country was in a hunger crisis.

“There is no hunger in Tigray. There is a problem in Tigray and the government is capable of fixing that,” Abiy told the BBC on Monday.

Since the conflict began, nine aid workers have died, according to The Associated Press. On May 23, the U.S. placed sanctions on Ethiopian government officials for human rights violations.

This month, UNICEF projected that about 56,000 Tigaryian children will need treatment for “severe wasting” in 2021 due to lack of food.

“We rang alarm bells and here we are now. We now have the largest number of people classified as food insecure in a decade,” said UNICEF spokesman James Elder.

New mother Abeba Gebru walked for 12 days with her 20-day-old baby to receive medical care for her child.

“She survived because I held her close to my womb and because I hid in various places during the exhausting journey,” said Gebru. 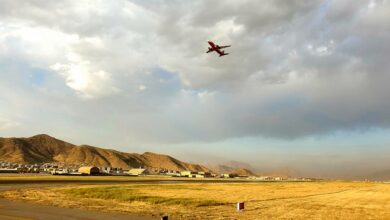 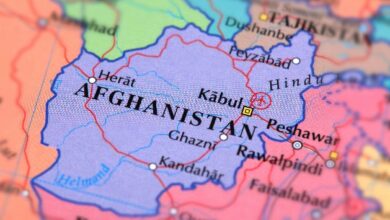