(WASHINGTON) — In the wake of Iran’s presidential election, where ally of the country’s supreme leader, the conservative cleric Ebrahim Raisi, emerged as the new president-elect, national security adviser Jake Sullivan said Sunday that the United States is staying the course on negotiations to reinstate the Iran Nuclear Deal.

“I think what we need to do in the United States is keep our eye on the ball,” Sullivan told ABC “This Week” anchor George Stephanopoulos. “Our paramount priority right now is to prevent Iran from getting a nuclear weapon. We believe that diplomacy is the best way to achieve that, rather than military conflict.”

“We’re going to negotiate in a clear-eyed, firm way with the Iranians to see if we can arrive at an outcome that puts their nuclear program in a box,” he continued.

When asked about Iranian Foreign Minister Javad Zarif’s suggestion that a deal could be made before the newly elected president takes office, Sullivan offered some cautious optimism.

“What I would say is that there is still a fair distance to travel on some of the key issues including on sanctions and on the nuclear commitments that Iran has to make, but the arrow has been pointed in the right direction in terms of the work that’s getting done in Vienna,” Sullivan said.

“Do you think Raisi’s election actually increases the chances of reaching a deal?” Stephanopoulos pressed.

“The ultimate decision for whether or not to go back into the deal lies with Iran’s supreme leader and he was the same person before this election as he is after the election.”

But Sullivan wouldn’t detail any discussions around lifting specific sanctions, including those placed on Iran’s new president-elect under the Trump administration for human rights abuses, as the U.S. and Iran continue to negotiate reviving the nuclear deal.

“The question of which sanctions will be lifted is currently being negotiated in Vienna and I’m not going to conduct those negotiations in public,” he said.

Sullivan also weighed in on North Korea appearing to open the door to negotiations with the U.S. on nuclear weapons, with Kim Jong Un saying North Korea was “prepared for both dialogue and confrontation,” with the U.S.

When Stephanopoulos asked about the statement, Sullivan said the U.S. needed to see a “clearer signal” from Pyongyang that they are ready to begin diplomatic talks.

“The clearer signal they could send is to say, ‘yes, let’s do it. Let’s sit down and begin negotiations.’ We think that just as in the case of the Iranian nuclear issue, with the North Korean nuclear issue, there is no substitute for diplomacy to begin to make progress towards that ultimate objective to complete denuclearization of the Korean Peninsula,” he said. 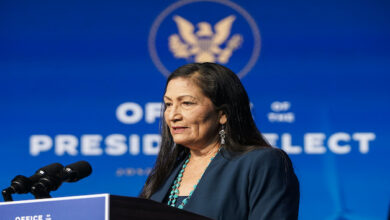 Haaland makes history as Department of the Interior nominee 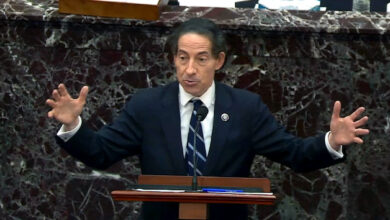 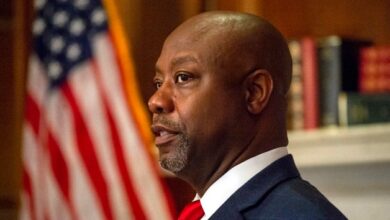 Sen. Tim Scott is expected to deliver a hopeful speech on GOP values 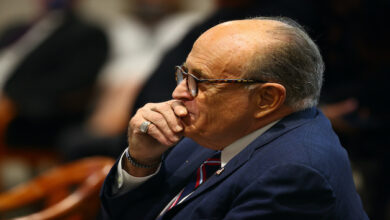 Rudy Giuliani in hospital after testing positive for COVID-19