Empire alum Gabourey Sidibe is gearing up to make her directorial feature debut, Deadline has learned. The Oscar-nominated actress will helm the psychological thriller Pale Horse.

The film, based on a story by Chris Courtney Martin, follows Naia, an esteemed, yet reclusive Black YA author who is living with MS. Naia’s life suddenly turns upside down when she decides to “shelter the man who escaped captivity with her long-missing brother.” Production on Pale Horse is set to begin this fall.

Meanwhile, Mike Epps and Katt Williams are joining forces for The House Next Door: Meet the Blacks 2. The film, which is a follow up to 2016’s Meet the Blacks, will hit theaters on Friday, June 11. It will follow Epps and Williams as two feuding neighbors. The film also stars Bresha Webb, Michael Blackson, Snoop Dogg, Rick Ross, and others.

In other news, Erica Alexander, Derek Luke, and Sam Trammell are set to headline the upcoming EPIX film American Refugee, Deadline reports. This thriller follows a family seeking shelter in a neighbor’s bunker after the economy takes a dive and citizens now live under martial law. While there, the family see that the dangers inside are greater than the dangers outside. A release date has yet to be announced.

Finally, John David Washington has landed his next big role. According to Deadline, Washington has signed on to star in Gareth Edwards’ next project True Love. The film, which is currently being kept under wraps, is being described as “a near future sci-fi story.” 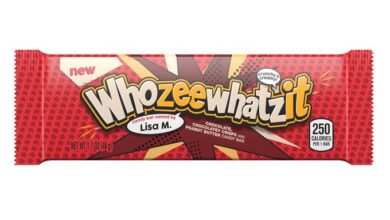 Hershey’s Would Like To Introduce You To The Whozeewhatzit Bar