Fans of the late Mister Rogers have the once-in-a-lifetime opportunity to live in the home once inhabited by the beloved television personality.

The Pittsburgh home, once owned by Fred and Joanne Rogers, has been placed on the market for an asking price of $850,000, reports Next Pittsburgh.

The couple reportedly resided in the little brick house on Northumberland Street between the late 1950s and early 1960s.

It was around that time Rogers was working as a composer, puppeteer and organist for WQED’s “The Children’s Corner” as well as the Pittsburgh Theological Seminary.

The brick house was constructed in 1921 and offers five bedrooms and four bathrooms — as well as two fireplaces, a decadent library and over 3,600 feet to call home.

Allison Shin, who is selling the home, said neighbors would tell her stories about how the late Mister Rogers would put on puppet shows for the neighborhood children.

“That was always his passion,” said Real Estate Agent Linda Corcoran. “He was no different off set as he was on set.”

While there is not much documentation proving the home once belonged to Fred and Joanne Rogers, Coldwell Banker, the listing agency, has obtained a newspaper clipping from 1961 listing them as the owners of the residence.

Mister Rogers passed away in 2003 and his wife died in January. Jay Leno apologizes for anti-Asian jokes over the years 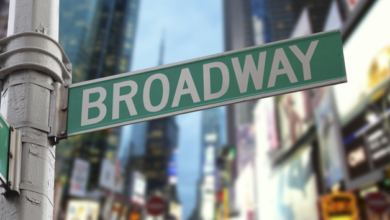 'Broadway is back!' Here are the shows open now and coming to the stage this year