(NEW YORK) — Federal health agencies called for a pause on the one-dose Johnson & Johnson vaccine Tuesday after six people in the United States developed a rare blood clot disorder in the weeks after receiving it. But that alarm being sounded, experts told ABC News, could prove to be a good sign.

“In a sense, this means our safety monitoring system, which is very comprehensive, is working,” said Dr. William Schaffner, a professor of preventive medicine and infectious diseases at Vanderbilt University Medical Center. “Twenty years ago, we wouldn’t have found this.”

One piece of that network, the United States’ Vaccine Adverse Event Reporting System, was established in 1990 and serves as an early warning system for detecting potential safety problems with vaccines.

“We can process and analyze the data in a much more rapid fashion,” Schaffner said of VAERS and other U.S. monitoring systems.

Pausing J&J vaccinations gives the Centers for Disease Control and Prevention and the Food and Drug Administration time to review more data on that vaccine and make a recommendation about how to move forward. So far, there’s been no causal link established between the vaccine and the blood clot disorder, and the government is acting “out of an abundance of caution,” according to top health officials.

The FDA and CDC expect the pause to be resolved within days, officials said during a Tuesday press conference.

More than 6.8 million doses of the Johnson & Johnson vaccine have been administered in the U.S., according to the CDC, and while the number of blood clot disorder reports may rise as clinicians and patients are increasingly aware of the possibility, six reports out of 6.8 million represents an exceptionally rare event. Clinical trials, which don’t include millions of people, likely wouldn’t capture such a rare event, experts said.

“The way I put this in perspective: 1 in 1 million is about the chance of being struck by lightning,” said Dr. Alex Spyropoulos, a blood clot specialist and professor at the Feinstein Institutes for Medical Research. By comparison, he added, “The chances of an adult being hospitalized with COVID is 1 in 100.”

The blood clot disorder in question, cerebral venous sinus thrombosis, “is a blood clot in the sinuses of your brain,” Spyropoulos explained, and can be associated with low blood platelet counts, according to the CDC. General blood clots are much more common and can be a symptom of COVID-19.

“Your chance of getting a blood clot with the virus is 16%,” said Dr. Paul Offit, director of the Vaccine Education Center and an attending physician in the division of infectious diseases at Children’s Hospital of Philadelphia. “CVST is a much more serious clot and a much rarer clot. You’re seeing a collection of an ultra-rare events.”

Spyropoulos said U.S. health agencies should be applauded for being transparent about these concerns.

“As soon as they are finding out about these rare events, they are alerting the public,” he said.

The FDA and CDC also are alerting doctors, who should ask patients with blood clots or low platelet counts whether they’ve recently been vaccinated, Dr. Peter Marks, director of the FDA’s Center for Biologics Evaluation and Research, said during the Tuesday press conference. That’s important because a standard treatment for blood clots, the blood thinner heparin, may not be appropriate for these vaccine-associated cases and could be dangerous to administer in such instances.

“We are committed to an expeditious review of the available information, and to an aggressive outreach to clinicians so they know how to diagnose and treat [reactions],” Dr. Anne Schuchat, principal deputy director at the CDC, said during the press conference.

“If we give heparin, in theory, we would exacerbate or worsen this condition,” Spyropoulos said. “The public can be reassured that we have alternate ways to treat this.”

Spyropoulos said “if these are real, and I’m not convinced,” referring to any causal link between the vaccine and blood clots, symptoms like significant headache pain, abdominal pain, leg pain or shortness of breath would pop up likely within three weeks of vaccination.

“If you’ve been vaccinated more than two weeks, you probably don’t have this,” he said. “If you are within two weeks, be very wary of the signs and symptoms of blood clots. Treat them seriously and go see your doctor.”

People who received the Johnson & Johnson vaccine should not be worried about flu-like symptoms that occur in the first few days after vaccination, which are common side effects of the vaccine and normal signs that the body is building protection against the virus. 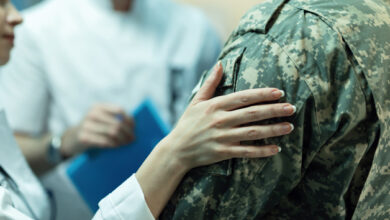 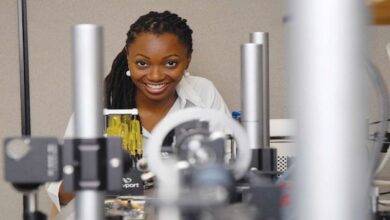 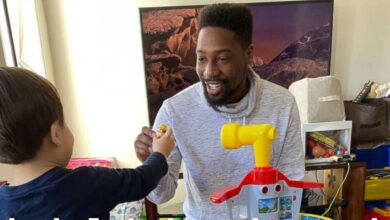 This teacher on TikTok is teaching parents the ABCs of childcare