(NEW YORK) — One of the most common COVID-19 symptoms is the loss of taste and smell. For some people, those symptoms can last weeks. Now, a new cookbook aims to help people recover some of the joy of cooking and eating – even while senses are still inhibited.

The cookbook, “Taste & Flavour,” was written by chefs Ryan Riley and Kimberley Duke. It blends aspects of culinary science and medical research by looking at taste, smell and other sensory perception to help people who lost their senses enjoy food again.

Some estimates show that loss of smell from COVID-19 typically lasts two to three weeks for roughly more than half of patients who test positive for the virus. According to one study from Dr. Piccirillo from the Department of Otolaryngology at Washington University School of Medicine in St. Louis, 95% of people who experience these problems recover completely.

While the science surrounding the changes in taste and smell from COVID-19 is still evolving, researchers have noted that for some patients when they do regain smell, fragrances they used to enjoy smell different, even unpleasant to them. This could be due to olfactory cells having to “rewire” as they recover.

According to Dr. Barry Smith, a scientist who worked on the cookbook, it’s possible to use food therapeutically.

While the recipes in the book won’t cure the loss of taste and smell, they can help people still find enjoyment in eating while these senses recover on their own.

Many people who experience these symptoms are still able to taste certain flavors such as sugar, salt, lemon juice or even the bitterness of coffee, according to Smith. He said his work showed that when taste and smell are altered, other senses can help people enjoy their food with certain textures. These can include stimulating saliva with umami flavor and stimulating the trigeminal nerve, which amongst other roles, regulates spicy-food sensations like stinging, cooling or even burning.

Riley provided an example of these principles with one of his favorite dishes from the book, miso butter potatoes with green herb vinegar. Miso and potatoes both have a strong umami flavor, which has been helpful for those struggling with changes in taste because of how well they elicit saliva. Smell, which he explained accounts for 80% of taste, is also satisfied via the vinegar, pepper and mint found in this dish. Mint, for example, stimulates the trigeminal nerve.

Meanwhile, the chefs said that garlic and onion, which normally are excellent bases for many dishes, are often found to be repulsive to patients suffering from altered taste and smell.

“It was all about having to create what’s called safe, non-triggering foods. We know things like potatoes are really good for that, pasta rice, quite simple flavors,” Riley told ABC News. “So then we then use the life kitchen principles, looking at using a lot of umami, which is our fifth taste or soy sauce, mushrooms, parmesan, and trying to add in all of that as the depth and the base that you would originally get from things like garlic and onions to create delicious tasting food.”

For people experiencing these symptoms, it’s not just about food. Studies show losing these senses or having them altered in some way is linked with depression and other mood symptoms.

“We saw that people were really struggling,” Duke told ABC News. “They felt like they didn’t have anyone who was helping them and, and they didn’t feel like their partners and families understood what they were going through.”

“There’s also a huge mental health aspect of this,” Riley said. “We know from cancer that once you start not enjoying food, you don’t eat as much, which is detrimental to the body. If you don’t taste something for eight months, it can become really depressing.”

And there are other risks. Lack of smell can also put people at risk for fires and food poisoning as they lack the ability to smell spoiled food or even smoke.

Duke and Riley embarked on this research prior to the pandemic to help cancer patients, who may also suffer from a loss of taste and smell because of the effects of chemotherapy.

“Both me and Kimberly lost our mothers to cancer when she was 15, and I was 20. And I wanted to become a food writer and a chef,” Riley said. They founded a non-profit, Life Kitchen. Last year, their cookbook became the number four bestselling book in the UK.

For COVID-19 recovered patients, experts said more research is needed into exactly how some senses are processed in the brain before further treatments can be perfected.

But for now, Riley and Duke are hoping a few thoughtful recipes might bring some relief.

The cookbook can be downloaded for free.

Samuel Rothman, MD, is a psychiatry resident at the BronxCare Health System in New York City and a contributor to ABC’s Medical Unit. 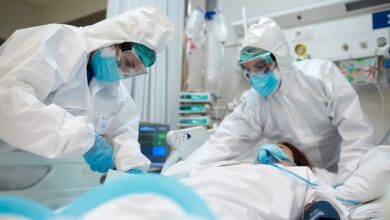 In Wisconsin, 95% of COVID-19 deaths since March were among unvaccinated 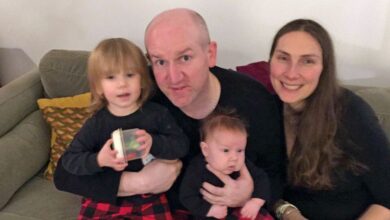 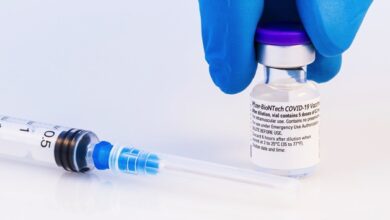