(NEW YORK) — The Pfizer and Moderna vaccines are safe and effective in pregnant and lactating women and those women are able to pass protective antibodies to their newborns, according to a new study.

To come to that conclusion, researchers studied a group of 131 reproductive-age women who received the Pfizer or Moderna vaccine, including 84 pregnant, 31 lactating and 16 non-pregnant women and found antibody levels were similar in all three groups.

“That’s a very important piece of information to our patients,” said Dr. Andrea Edlow, co-author on the study which was published in the American Journal of Obstetrics & Gynecology on Thursday. “We know that this vaccine works for you.”

“That is the most comforting piece of information that’s out there,” said Galit Alter, study author and professor of medicine at the Ragon Institute.

The antibodies that researchers found in the mother’s blood were what’s known as neutralizing, meaning they have the ability to kill SARS-CoV-2 in laboratory tests, but more research needs to be done to determine whether infants have robust immunity after receiving antibodies from their vaccinated mothers. Future research could also help women decide when the ideal time in pregnancy to get a vaccine is for maximum protective benefits and determine whether other vaccines, like Johnson & Johnson and AstraZeneca, perform similarly to the two in the study.

The study had some limitations. It was small and participants were primarily white health care workers from a single city. On the other hand, it’s the largest study of a group that was left out of initial vaccine trials. Leaving pregnant women out of drug trials is a common practice because of safety concerns, but in the case of COVID-19, exclusion left many pregnant women confused about whether it was safe to get vaccinated.

“They’re among the most vulnerable and they weren’t included,” Edlow said of the first vaccine trials.

Pregnancy is considered to be a risk factor for severe COVID-19, including increased risk for hospitalization and death from the virus, according to the Centers for Disease Control and Prevention. As of March 22, more than 80,500 pregnant women in the United States had been infected with the virus and 88 had died, the CDC found.

Edlow, a maternal-fetal medicine specialist at Massachusetts General Hospital, described trying to counsel pregnant patients during the pandemic without data.

“On a daily basis we’re taking care of patients who want to know if the vaccine is effective in pregnancy and what the risks are,” Edlow said. “Having real scientific data to counsel people on goes a long way toward relieving vaccine hesitancy.”

Both researchers hope that examples like their study encourage pharmaceutical companies to offer pregnant women the opportunity to participate in future vaccine studies, even beyond COVID-19.

“Otherwise this population sits at home cowering because they have no idea what to do,” Alter said. 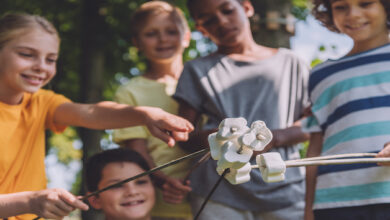 Duchess Meghan to miss Prince Philip funeral: What pregnant women should know about traveling amid pandemic HPV vaccine leads to more than 80% drop in infections: What parents need to know 6 million doses of vaccine delayed due to winter weather