(NEW YORK) — A coalition of voter advocacy and civil liberties organizations have doubled down on opposing proposed legislation that would impose new voting restrictions in Georgia, calling on major corporations based in the state to oppose the bills.

The Republican-sponsored omnibus bills at the center of the pressure campaign includes one that would end no-excuse absentee voting and another that would limit the use of secure ballot drop boxes, ban out-of-precinct voting and prevent counties from offering early voting on two weekend days that fall within the advance voting period. Both bills also would eliminate the signature-matching process for verifying absentee ballots and instead require voters to provide identifying information such as a driver’s license number.

The coalition, which includes The New Georgia Project, Georgia STAND-UP, the Georgia NAACP and Black Voters Matter, is calling on companies including Coca-Cola, Delta Air Lines and Home Depot to publicly oppose the legislation, end financial support for lawmakers backing it and push for pro-voter legislation instead.

“If these pass, we are all prepared to continue to raise hell. … We are not going to be dragged back into the 1800s,” Deborah Scott, CEO of Georgia STAND-UP, said in an interview Wednesday, threatening to encourage boycotts of Georgia-based companies.

Democratic lawmakers in Georgia and power brokers like Stacey Abrams are united against the bills, arguing they target and disproportionately affect historically disenfranchised voters — minorities, younger voters and the disabled — but Republicans’ grip on the legislative and executive branches means Democrats alone can’t block them.

“The reality is, when it gets to the floor of either chamber, we don’t have the numbers to stop the bill,” Nicole Henderson, communications director for The New Georgia Project, told ABC News. “Another way that we can stop these bills is to put pressure on the corporate community, because the corporate community can then, in turn, lean on the legislators, the governor, to not sign legislation into law.”

About an hour before a committee hearing on Wednesday, Republicans introduced another bill — more than 90 pages long — that would similarly overhaul Georgia’s elections. The bill was introduced as a substitute to a bill that was only two pages when it advanced through the Senate. The bill substitute was not even posted publicly on the General Assembly’s website before the hearing.

Members of the voter advocacy coalition were outraged, holding a Zoom call shortly after the committee hearing where a representative from Black Voters Matter underscored the need to apply pressure on corporations to stand against these bills.

The groups have protested at the state Capitol and also held a “die-in” on Monday in front of World of Coca-Cola in Atlanta. On Friday, the organizations ran a full-page ad in The Atlanta Journal-Constitution calling on Georgians to contact the list of corporations and urge them to oppose the “worst voter suppression bills in America.”

The ad listed contact information for executives at Delta, Coca-Cola, UPS, Home Depot, Aflac and gas and electric utility giant Southern Company — all based in Georgia.

The advocacy groups said companies’ responses so far have been inadequate.

“These statements do not measure up at all to what we are looking for in this moment,” Henderson added. “If any one of these companies adamantly and strongly voiced their concern of this legislation, it wouldn’t even make it to the governor’s desk.”

ABC News reached out to the six companies targeted in the ad. Southern and Home Depot didn’t respond.

Each of the companies’ statements sent back to ABC News was vague, expressing support for the right to vote and to hold secure, fair and accessible elections. None directly commenting on the proposed bills. Aflac, UPS and Coca-Cola invoked their relationships with the Georgia Chamber of Commerce and Metro Atlanta Chamber.

A company spokesperson said Coca-Cola is “aligned with the Georgia Chamber’s comments,” but when asked which specific comments those were, the spokesperson didn’t respond.

A statement on the Georgia Chamber’s website says it “supports accessible and secure voting while upholding election integrity and transparency,” but on Friday CNBC reported that the Chamber said it “expressed concern and opposition to provisions found in both HB 531 and SB 241 that restrict or diminish voter access.”

The Georgia Chamber didn’t respond to requests for comment from ABC News.

Dave Williams, Metro Atlanta Chamber’s senior vice president for public policy, released a statement about the bills on March 5, including that the “elections process should be fair, secure, accurate and equally accessible to all eligible Georgia voters.” Since then, Williams has gone further, specifically rejecting the attempt to end no-excuse absentee voting because it “does little to make the process more secure, and does so at great risk to participation.”

Republican Gov. Brian Kemp often touts Georgia’s business-friendly climate, including in his January State of the State address, but the advocates warned that these bills could upend that status.

“They’re hurting their economic base,” Scott said. “We know Black and Brown and progressive folks yield a lot of economic power, and they buy these products … so they need to be good partners to their consumers.”

“We want a Coke and a smile, but we want this to be a place that people want to continue to come,” she added. “This economy has already been hurt with COVID-19, and doing repressive voter suppression bills like this will only hurt the economy here in Georgia, and that’s not what we want.”

“Sprite and others have done ads saying how much they support Black lives … but in this moment, they’re silent,” Henderson said. “You cannot say these things for PR and then not truly stand up for the Black and Brown lives that would be jeopardized by this legislation.” 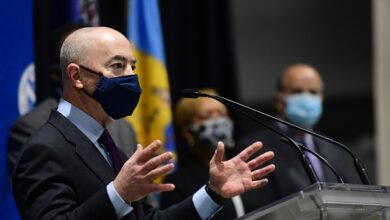 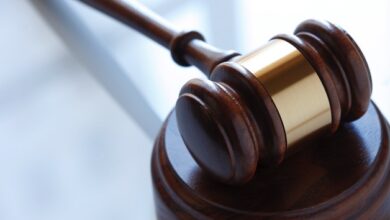 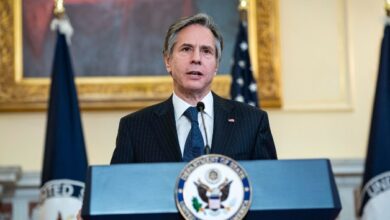 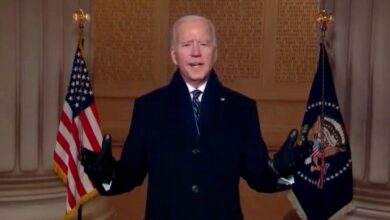