“There was so much trust. [Regina] really felt like she had the right man for the job,” Odom Jr. told ABC Audio prior to his Best Supporting Actor Oscar nomination. “She saw something in me long before I saw it in myself.”

The actor, who also received a Best Original Song Oscar nod for his record “Speak Now,” says King’s experience as an accomplished actor also gave her a certain “sensitivity” as a director.

“In her own way behind the camera she was living it with us,” Odom Jr. explains. “She was bringing her exceptional sensitivity. And that nose for truth as an actress. She was playing all the guys right along with us.”

The Hamilton star also acknowledges and praises King’s direction, which he admits made him a better actor.

“And she just really kept a nice eye on all those moments and made it cohesive and the little miracle that it is,” he smiles.

One Night in Miami is available to stream on Amazon Prime.

Meanwhile, the 93rd Academy Awards will take place in Los Angeles on April 25 and the virtual ceremony will air live on ABC. 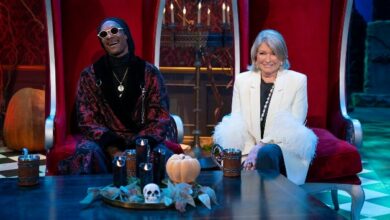