(NEW YORK) —As vaccine production becomes more steady in the next few weeks, state officials are eying early April for when they expect a noticeable boost in supply.

Many states were headed in that direction anyway, but now have increased pressure — and support — from President Joe Biden, who announced on Thursday night that all states should have enough COVID-19 vaccine supply to open up eligibility to all adults by May 1. While governors still don’t have hard and fast numbers on what amount of doses they’re getting or when, many have adjusted their timelines to account for the good news.

“We anticipate to be sort of the same amount for the next few weeks. But then, you know, in April, at some point, we would expect to see those numbers go back up again, even further. So, this is moving,” Ohio Gov. Mike DeWine said Thursday. The state is confident it will have the supply to open mass vaccination clinics in April, a spokesperson said. But the state’s health department also couldn’t predict what the increase in doses would look like, or when it would come.

In Colorado, Gov. Jared Polis said his state would stand up six new mass vaccination clinics as supplies increase in the next few weeks, and pledged all adults would be eligible even sooner than Biden’s May 1 directive.

“In Colorado, we always aim to do better. We’re very competitive. And we’re able to announce today that we expect we will be there by mid-April,” Polis said at a press conference Friday. He would have a clearer idea of the exact date when they knew more details about the supplies, he said.

Polis said hospitals, pharmacies, community centers and mass vaccination sites would have to operate at full capacity to get shots into the arms of everyone who wants one over the next six to 12 weeks. “Frankly, it’s the best problem to have. It means we have more vaccine, and we need to distribute more,” he said.

But other states are remaining cautious until they see the floodgates open, as the White House and vaccine makers have been tight-lipped about exactly how much to expect each week, despite their confidence.

In Oregon, the state is sticking to the current timeline until it actually sees the increased allocations.

“We know the previous administration made major announcements that they weren’t able to fulfill. While this administration has met its commitments so far, we don’t have any specific information about when any additional doses will arrive,” said Patrick Allen, Oregon’s director of health, at a press conference Friday.

The state’s current timeline puts the mass vaccination stage around June. “We can’t disappoint people who eagerly want a vaccine,” Allen said, reflecting the same hesitancy that states had when former Vice President Mike Pence called for the whole country to open up eligibility to anyone 65-plus, beyond health care workers and nursing homes. States were left trying to explain to residents that being eligible doesn’t necessarily mean you’ll get an appointment.

According to the White House, at least 20 million doses of Pfizer and Moderna will be shipped next week with an unknown quantity of Johnson & Johnson’s vaccine. That compares to the 18 million to 19 million shipped each week earlier this month.

But supply was always expected to ramp up by the end of the month in a big way. The end of March is when the nation’s three vaccine makers have promised to deliver collectively enough doses to immunize 130 million Americans — about half of the U.S. population.

So far, Pfizer has already delivered about half of its promised allotment by April, while Moderna has delivered roughly 65%. J&J is expected to provide the biggest boost in the final weeks of March — having delivered only about 15% of its promised supply in its first week of distribution.

“For the full year, we had originally said we thought we could do 1.3 billion doses. We’re now at 2 billion doses, and obviously we’re working to improve upon that number as well,” D’Amelio said at the Barclays Global Healthcare Conference on Thursday. 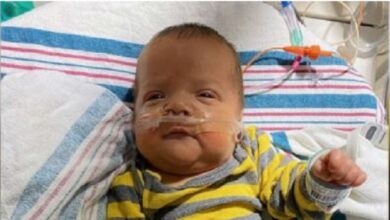 Baby comes home after 136 days in the NICU 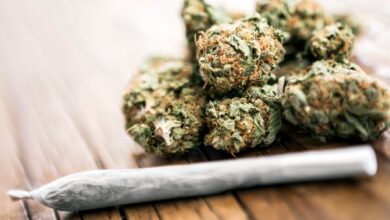