Walt Disney Pictures(LOS ANGELES) — The new Disney film Raya and the Last Dragon is winning praise for celebrating Southeast Asian culture, via its fictional but Asian-inspired world of Kumandra.

For star Kelly Marie Tran, who plays the titular warrior princess, seeing her culture and that of her co-stars — including Akwafina, Benedict Wong and Daniel Dae-Kim — well represented onscreen was so important.  But seeing their own faces so well portrayed by the animators was something to behold, she tells ABC Audio.

“Yeah! Yeah!” Kelly enthused when asked if she was surprised by seeing her real-life expressions borrowed by the movie’s artists to bring Raya to life. “That goes to show how talented all of the animators are, and how incredible the team that we worked with is movie.”

“You know, movie after movie after movie you’re seeing the characters become more and more lifelike,” Tran adds, “and I think especially with this one, you sort of forget that you’re watching an animated movie because it just feels so real! Yeah, it’s really, really special.”

Raya and the Last Dragon debuted in first place at the box office over the weekend, and is also available on demand on Disney+.

Disney is the parent company of ABC Audio. 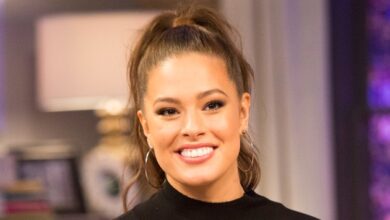 Why the 'Powerpuff Girls' live action remake was scrapped, headed back to drawing board