“We need little girls and boys, both, who have grown up dreaming of serving for their country to know this is what generals in the United States Armed Forces look like,” Biden said.

Richardson will be given her fourth star as she leaves her commanding role at U.S. Army North, in San Antonio, Texas, to lead U.S. Southern Command (SOUTHCOM) in Doral, Florida.

Van Ovost will leave her post as commander of Air Mobility Command to take charge of U.S. Transportation Command, both located at Scott Air Force Base in Illinois.

Harris called them both “the best of the best” and noted the short time that women have been able to officially hold combat roles.

“While it has only been five years since all combat jobs have opened to women, women have been in the line of fire, risking their lives to protect our nation, long before that,” she said.

The New York Times reported last month that the Pentagon’s most senior leaders agreed these two women should be promoted to elite, four-star commands, but that then-Defense Secretary Mark Esper and Gen. Mark Milley, the chairman of the Joint Chiefs of Staff, worried that if they even raised their names the Trump White House would replace them with its own candidates before leaving office. The newspaper reported their recommendations were held until after the November elections.

“They were chosen because they were the best officers for the jobs, and I didn’t want their promotions derailed because someone in the Trump White House saw that I recommended them or thought DOD was playing politics,” Esper told The New York Times. “This was not the case. They were the best qualified. We were doing the right thing.”

“It’s hard to be what you can’t see,” Biden said during his remarks in the East Room Monday afternoon. “We need the young women just beginning their careers in the military service to see it and know that no door will be closed to them.”

At U.S. Army North, Richardson was responsible for all Title 10 troops along the Southwest border as well active duty service members assigned to the military’s COVID-19 response efforts in support of the Federal Emergency Management Agency and the Department of Homeland Security.

In her new role at SOUTHCOM, Richardson will oversee more than 1,200 military and civilian personnel responsible for the regions of Central America, South America and the Caribbean.

Richardson is married to another general officer, Lt. Gen. Jim Richardson, the deputy commanding general of Army Futures Command. They have one daughter and a grandchild.

“Gen. Richardson and her husband Jim deployed to war together in 2003 as helicopter battalion commanders flying dangerous missions over Iraq,” Austin said Monday.

As commander of Transportation Command, Van Ovost will be responsible for a large fleet of military and commercial planes, trains, automobiles and information systems.

During her more than 30-year career, Van Ovost has also “commanded an air refueling squadron, flying training wing and the Presidential Airlift Wing,” according to her military bio. “She also served as the Director of Staff for Headquarters Air Force, Vice Director of the Joint Staff, the Director of Mobility Forces for U.S. Central Command and as the Vice Commander of the U.S. Air Force Expeditionary Center.”

“Gen. Van Ovost was a pioneer in development of the rugged C-7 cargo plane, conducting dirt takeoff and landings and airdrops in this mammoth aircraft as one of its very first test pilots — and becoming a test pilot she also achieved her dream of flying fighter aircraft, even though women were still barred from flying in combat,” Austin said during his remarks.

Van Ovost graduated from the U.S. Air Force Academy in 1988 and logged more than 4,200 flight hours as command pilot for more than 30 aircraft. 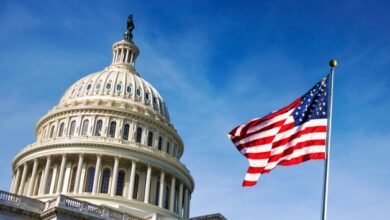 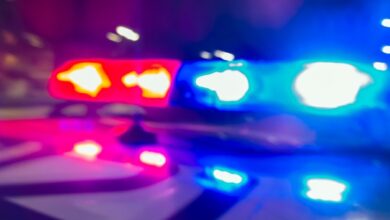 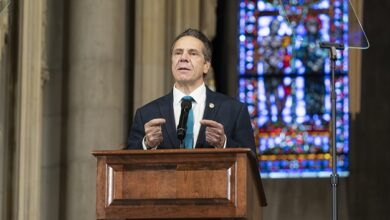 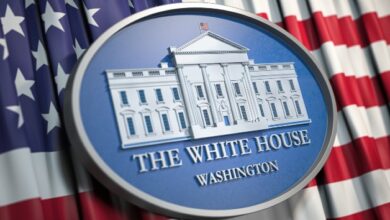