The film is already winning praise for its stunning visuals and strong representation of the Asian community.  While its setting, Kumandra, is fictional, its world is based on Southeast Asia, and brought to life by an all-Asian main cast, including Tran, Marvel movie veterans Benedict Wong, and Gemma Chan, Emmy-winner Sandra Oh, The Good Doctor star and producer Daniel Dae-Kim, and Awkwafina.

The role of Raya puts Tran firmly in the running to score something of a pop-culture Triple Crown: Like Mandalorian and Mulan star Ming-Na Wen, Tran has now appeared both in the Star Wars universe and a Disney movie.

So if she can nab a role in a Marvel property, like Agents of S.H.I.E.L.D. veteran Ming-Na did, she’d be in a very exclusive club indeed.

Tran was tickled at the Triple Crown potential, but certainly wasn’t ruling it out to ABC Audio. Putting her hands on her heart when she heard Ming-Na’s name mentioned, Tran gushed, “We’ll see. I hope to have a long career ahead of me, and, obviously, all hail Ming-Na Wen!”

She then made a “We’re not worthy” gesture and called the actress one of her personal role models.

And as for that Triple Crown, Tran laughed, “I hope to join her!”

Raya and the Last Dragon premieres March 5 in theaters and on Disney+. O'Brien says its curtain for 'Conan' on June 24 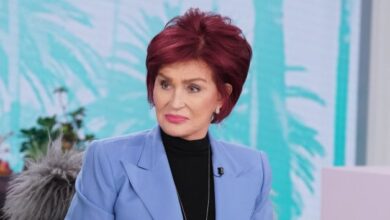