Democrats passed the measure early Saturday morning in a party-line vote, with Republicans united against the bill calling for slimmer, more-targeted relief.

All but two Democrats supported the bill in the 219-212 vote, and no Republicans backed the package.

The Senate is expected to take up the legislation next week, after the chamber’s parliamentarian ruled that Democrats could not include a $15 minimum wage in the proposal over budgetary concerns.

House Democrats kept the provision in their version of the legislation, which will be taken up again before Congress can send it to the White House for Biden’s signature by the middle of March, when federal unemployment benefits expire.

“This started almost a year ago,” House Majority Leader Steny Hoyer, D-Md., said of the pandemic ahead of the House vote. “Today’s vote is a crucial step in our fight to defeat COVID-19.”

The American Rescue Plan would provide $1,400 stimulus checks to millions of Americans across the country and extend federal unemployment benefits through the summer. It would also provide hundreds of millions of dollars in aid to state and local governments, schools and vaccine and COVID-19 testing efforts — in addition to nutritional and child care assistance.

While Democrats and the White House have touted public polls showing broad bipartisan support for the measure, and the endorsements of state and local GOP leaders, House Republicans are expected to vote against the bill as a bloc. For weeks, they have argued that Democrats’ proposal is too expensive and ignores the $4 trillion in coronavirus relief approved by Congress last year, some of which remains unspent.

Americans “want us to actually work together, to come together and solve the problems in a bipartisan way,” Rep. Anthony Gonzalez, R-Ohio, said on the House floor. “I think that message was clear. And the more the majority ignores it, the shorter their majority will be.”

What’s to come in the Senate

Biden briefly engaged with a group of 10 Senate Republicans pushing an alternative to his plan, but rejected their $600 billion counteroffer as too meager, arguing it did not meet the moment and would cut spending on key programs included in his legislation.

Democrats have advanced the coronavirus legislation using the budget reconciliation process, in a bid to avoid the Senate’s 60-vote threshold and pass their package with a simple majority of votes, given the slim 50-50 divide in the upper chamber.

On Thursday night, the Senate parliamentarian told the Senate that the $15 minimum wage increase initially in the proposal would not meet the stringent budget rules of the reconciliation process and would have to be stripped out of the package for it to pass with a simple majority.

Progressives erupted at the ruling, with some calling for Democrats to overrule the decision and others renewing their push to end the legislative filibuster in the chamber.

Senate Budget Committee Chairman Bernie Sanders, I-Vt., and Finance Committee Chairman Ron Wyden, D-Ore., announced they would offer an amendment to the budget bill, once it comes over from the House, that would penalize “large, profitable corporations” through the elimination of tax deductions” if those companies do not raise the minimum wage for their workers to “at least $15 an hour.” The two chairmen also said that measure would offer incentives to small businesses to raise worker wages.

Another option that appeared to have been taken off the table by White House chief of staff Ron Klain was overruling Elizabeth MacDonough, the Senate parliamentarian, something that would take 51 votes in the Senate. If all Democrats were united in doing so, Vice President Kamala Harris could cast her tie-breaking vote to overrule MacDonough. But with Sen. Joe Manchin, D-W.Va., opposing that action — citing a need to protect the institution — the need for Harris’ vote appeared moot.

Most Republicans have stood firm against raising the wage during the pandemic, citing potential harm to smaller businesses and workers, though a small handful, including Sen. Mitt Romney of Utah, have offered a more modest proposal to increase the wage to $10 an hour while mandating that employers implement E-Verify, thereby blocking undocumented workers.

House Speaker Nancy Pelosi said Democrats would still “absolutely” pass the package without the minimum wage increase, and members of the caucus reaffirmed their commitment to the issue on Friday.

“I’m not going to stop till we get it,” Rep. Debbie Dingell, D-Mich., said Friday. 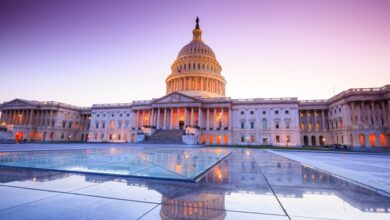 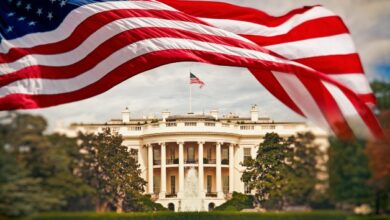 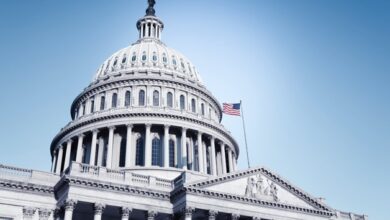 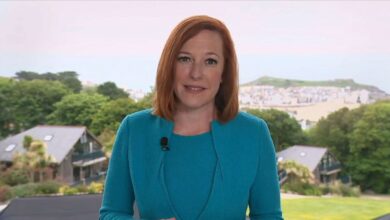