(NEW YORK) — As the U.S. crossed the 500,000 COVID-19 death milestone earlier this week, Generation Z’s minority TikTok influencers switched up their dance routines and comedy skits to bring awareness around the pandemic with a “See Friends Again” campaign.

“Sometimes you laugh and brush things off. We need not to laugh,” TikTok user Kymon Palau told ABC News. “But we need to have that uncomfortable conversation of what’s really wrong, why and then educate people. And I do it through humor.”

Palau is one of the 18 minority influencers in the campaign, which educates young people of color about the importance of COVID-19 and vaccination. Grassroots organizations including BigTent, Fellow Americans, Swayable and The Cooperative Impact Lab will roll out the campaign in partnership with popular content creators to provide reliable vaccine resources during a time when social platforms are fighting misinformation about COVID-19.

More than 60% of TikTok users are Gen Zers. This racially and ethnically diverse group could bridge the gap between COVID-19 and minority communities.

The new initiative comes just months after Gen Z, a demographic between the ages of 18 and 24, helped shape the 2020 presidential election. According to ABC News’ exit polls, at least 65% of Gen Zers voted for President Joseph Biden in the election.

Palau said he hopes to make a similar impact with the “See Your Friends” campaign, but the first step as an influencer is leading by example.

“I just want people to know that they should wear masks and wash their hands and stay at home as best as they can,” Palau said. “I do that by promoting mask wearing. I know there’s a lot of influencers out there that do the opposite of what they preach.”

Laysie Brandy, who led social protests at her university in 2017, educates her 1.5 million TikTok followers on Black history daily. The 22-year-old said she hopes her online presence will ease some of her Black followers’ apprehension regarding the vaccine.

“I understand the hesitation from Black and brown communities when it comes to anything the government is trying to put in our faces because we’ve been wronged in the past,” Brandy told ABC News.

Forty-eight percent of the Black community and 52% of Latinx community say they know someone who was hospitalized or died from COVID-19, according to studies by the COVID Collaborative, a coalition of health experts and organizations including the NAACP and Rockefeller Foundation.

Despite having some of the highest infection rates, Black and LatinX communities are still receiving vaccines at disproportionately low numbers compared to their white counterparts. Only 14% of the Black community trusts the safety of the vaccine versus 34% of Latinx Americans, according to COVID Collaborative.

The campaign organizers believe these social platforms provide a safe space for those concerned about the vaccine or who have family members who are still hesitant about getting vaccinated.

“Many of us have been told from a young age that our voices and our opinions don’t matter. And by seeing firsthand that they do matter, because people are listening, they’re commenting, they’re engaging,” Ysiad Ferreiras, CEO of BigTent, told ABC News. “The more that happens and the more people talk about this thing, the more real, it becomes.”

In order to create change, influencers recognize their tactics may also need to be adjusted. Some say they plan on spreading awareness through humor.

“Our generation is about fast information and people on TikTok usually like TikTok for the funny videos, but I have a following of people that love what I have to say,” Palau said. “I’m happy that it touches other people, and I just hope that it continues to do that in the future.”

Added Ferreiras: “We’re showing young folks that they can use their platforms in a pro social manner by doing stuff that is aligned with their values.”

Grassroots organizers expect more GenZ content creators to join the campaign in the coming weeks, for a total of 1,000 micro-influencers. 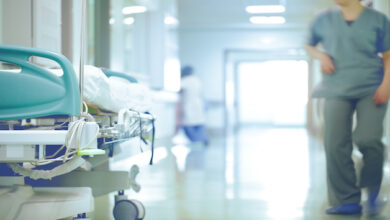 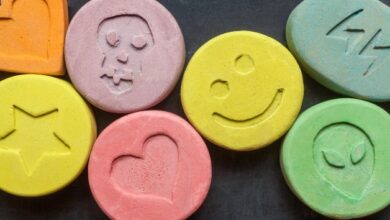 How MDMA could treat PTSD in ways current therapy can't 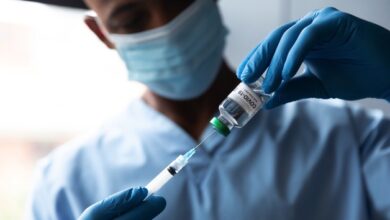