The money will help “ensure we have the necessary capabilities to detect and protect against threats from DVE,” Secretary Alejandro Mayorkas said in a statement. “This approach will help raise the nation’s security baseline and prioritize activities to combat DVE, including open source analysis of threats, execution of threat assessment programs, the development and sharing of intelligence across states and between states and the federal government, and the development of training and awareness programs.”

DHS said FEMA will fund 31 high-threat, high-density urban areas that will “be required to dedicate a minimum of 30% of awards toward five priority areas: cybersecurity (7.5%); soft target and crowded places (5%); information and intelligence sharing (5%); domestic violent extremism (7.5%); and emerging threats (5%).”

Mayorkas also announced that $25 million of FEMA grants would be spent on cyber infrastructure.

Javed Ali, a former senior director for counterterrorism at the National Security Council who also worked at DHS, told ABC News that this decision “underscores the seriousness with which the Biden administration plans to move out on this threat, especially in the aftermath of the insurrection at the U.S. Capitol on Jan. 6. This is likely the first in a series of other moves focused on domestic violent extremism to be announced in the coming months.”

The siege on the U.S. Capitol resulted in five deaths and hundreds of arrests.

Acting Capitol Police Chief Yogananda Pittman told lawmakers on Thursday that authorities had discovered a plan to target the next State of the Union address by some of the same groups that stormed the Capitol.

“We know that members of the militia groups that were present on Jan. 6 have stated their desires that they want to blow up the Capitol and kill as many members as possible, with a direct nexus to the State of the Union, which we know that date has not been identified,” she said.

In his first interview after being confirmed, Mayorkas vowed to use department resources on fighting domestic extremism. In a column published by the Washington Post, he elaborated on that vision, calling domestic violent extremism “the most lethal and persistent terrorism-related threat to our country today.”

“For several years,” he wrote, “the United States has been suffering an upsurge in domestic violent extremism. The horror of seeing the U.S. Capitol, one of the pillars of our democracy, attacked on Jan. 6 was a brutal example of our suffering, and it compels us all to action.”

He added: “The Jan. 6 attack on the Capitol was one of many events that constitute a multi-year pattern of violence by domestic extremists. These individuals and groups have largely been radicalized by the spread of false narratives, extremist rhetoric and conspiracy theories such as QAnon, which are disseminated on social media and other online platforms by malign actors, both foreign and domestic.”

In January, the DHS National Terrorist Advisory System issued a warning about threats inside the U.S., that anger “fueled by false narratives,” especially unfounded claims about the 2020 presidential election, could lead some inside the country to launch attacks over the coming weeks.

“Information suggests,” according to the NTAS bulletin, “that some ideologically motivated violent extremists with objections to the exercise of governmental authority and the presidential transition, as well as other perceived grievances fueled by false narratives, could continue to mobilize to incite or commit violence.” 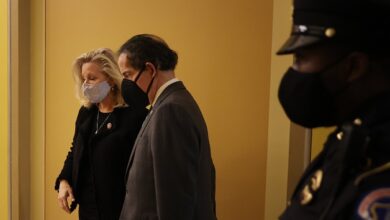 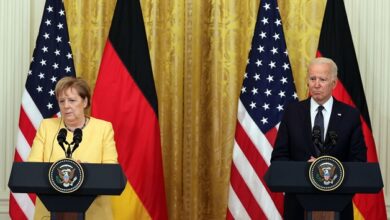