After Bobby Brown started recording solo from New Edition in 1990, his departure opened the door for not only a new start for his fellow band members, but also a new sound.  That year, Ricky Bell, Michael Bivins, and Ronnie DeVoe branched off and began their own “side hustle” as Bel Biv Devoe.  BBD, as they were well known, ushered in the “new jack swing” sound which combined R&B and pop with a hard drum beat, and strong pop sensibilities.

Without Bobby’s move solo, would new jack swing have had as big of a jumpstart as it did with BBD?  Maybe, but they definitely gave the sound a HUGE jolt with songs like this one (and great lyrics to boot.)

So, as we enjoy and salute great black musicians this month, let’s tip our hat to some of the pioneers of the early ’90s and new jack swing, like Bel Biv Devoe.  Thanks, BBD, for giving us some of the best beats of the day… and thanks to you, we’ll NEVER trust a big butt and a smile. 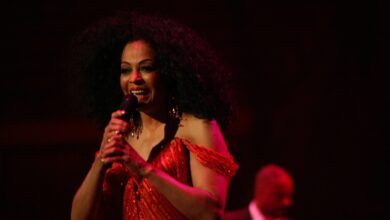 THROWBACK ON SPOTIFY: Let’s celebrate “ALL THINGS NEW” for the New Year!