(WASHINGTON) — This is Day 20 of the administration of President Joe Biden and Vice President Kamala Harris.

Here is how events are unfolding. All times Eastern.

Upon arriving back at the White House on Monday morning after his weekend in Delaware, President Biden was asked about whether former President Trump should lose his “political rights” and be barred from running for office as his second impeachment trial is set to get underway Tuesday.

“He got an offer to come and testify, he decided not to. Let the senate work that out,” Biden said.

Trump’s legal team responded with a letter and rejected the idea of the former president appearing.

In the short response, Trump’s attorneys called the request a “public relations stunt.”

“The use of our Constitution to bring a purported impeachment proceeding is much too serious to play these games,” wrote Trump attorneys Bruce Castor and David Schoen.

While the letter did not answer directly the question of whether Trump will testify, Trump spokesman Jason Miller told ABC News’ Chief Washington Correspondent Jonathan Karl, “The president will not testify in an unconstitutional proceeding.”

The House Ways and Means Committee on Monday is expected to lay out a proposal to send $3,600 per child to millions of American families, as House Democrats work to assemble the $1.9 trillion COVID-19 relief package proposed by President Biden.

The 22-page proposal, first obtained by the Washington Post and confirmed by ABC News, would send $3,600 per child under 6 years old to American families, and $3,000 per child between the ages of 6 and 17. The benefit would decrease for Americans making more than $75,000 annually, or couples earning more than $150,000 a year.

The program would be administered by the Internal Revenue Service. The payments, which would start going out in July, would follow through on the Biden administration’s call to expand the Child Tax Credit.

“The pandemic is driving families deeper and deeper into poverty, and it’s devastating. We are making the Child Tax Credit more generous, more accessible, and by paying it out monthly, this money is going to be the difference in a roof over someone’s head or food on their table,” Chairman Richard Neal, D-Mass., said in a statement.

Neal’s committee is just one of many in the House working on the COVID-19 relief package. The panel is expected to release its full slate of tax-related proposals for the stimulus bill later Monday.

The committees’ work will be combined before any vote on the House floor — and it’s unclear if this specific proposal will pass muster with the Senate parliamentarian under the strict rules of the process Democrats are using to pass the package with 50 votes in the Senate.

A Columbia University study of Biden’s proposal found that it could cut child poverty in half, and impact more than 5 million American children under 18.

Feb 08, 8:01 am
US to begin ‘reengagement’ with UN Human Rights Council

The U.S. will “reengage” with the United Nations Human Rights Council, according to a new statement from a spokesperson for the U.S. mission to the United Nations, nearly three years after President Donald Trump withdrew the U.S. from organization in 2018.

“We recognize the UN Human Rights Council has its flaws, but we also believe it can help promote fundamental freedoms around the world,” spokesperson Olivia Alair Dalton wrote in a statement.

The statement makes it clear the U.S. will be “at the table as an observer.”

“Through our leadership on the UN Security Council and by reengaging with the Human Rights Council, the United States will continue to fight for global peace and security, and to promote human rights and fundamental freedoms for all,” the statement continued.

The move is a first step to rejoin the group, which was a campaign promise Biden made in December 2019.

“As president, I will take decisive steps to demonstrate that America is prepared to lead again — not just with the example of our power, but the power of our example … We will rejoin the UN Human Rights Council and work to ensure that body truly lives up to its values,” Biden wrote in a December 2019 statement on Human Rights Day. 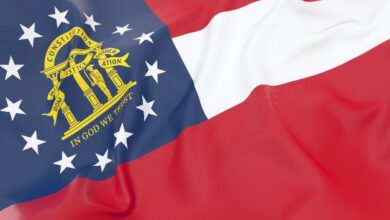 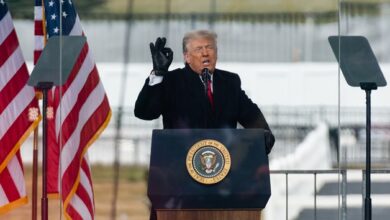 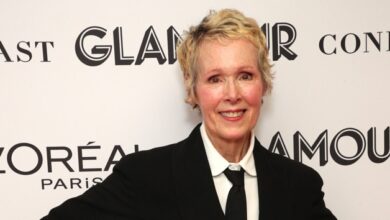 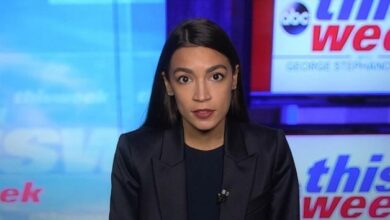 Rep. Ocasio-Cortez opens up about Capitol siege: ‘I thought I was going to die’