(BEIJING) — The torch for the 2022 Winter Olympics in Beijing has been unveiled — one year before the opening ceremony and as Tokyo continues to prepare to host summer games postponed because of the pandemic.

Organizers for the Beijing games designed a “blazing ribbon,” with spirals pointing upward to display the Olympic flame at the opening ceremony.

The spirals of the torch, named “Flying,” resemble two overlapping ribbons — an inner red ribbon, which evokes rising flames, and a silver-plated ribbon, a metaphor of ice and fire, according to the Beijing Olympic Committee.

“As the torch turns, the whirling red line hidden in the gap seems to stretch endlessly, representing mankind’s relentless pursuit of light, peace, excellence and the values promoted by the Olympic Movement,” according to a statement from the Olympic Committee.

The design is similar to the one featured in the 2008 Summer Olympics, also in Beijing. The torch for the Paralympic Winter Games features the same structure but with a gold and silver color scheme.

The Beijing Olympic Committee is planning to hold the 2022 winter games as scheduled, despite the COVID-19 pandemic that delayed the 2020 summer games in Tokyo.

On Wednesday, Tokyo Olympics organizers unveiled the first of a series of “playbooks,” step-by-step guides for key stakeholders that explain what to do before leaving home and entering Japan, as well as during the Games and when departing. They also outline protocols, including physical distancing and good hygiene measures, regular testing and temperature checks. 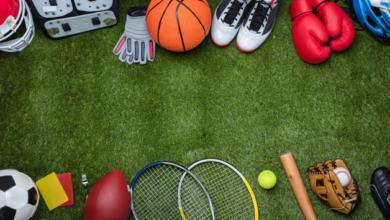 All eyes on Suns, Bucks ahead of NBA Finals