(WASHINGTON) — This is Day 15 of the administration of President Joe Biden and Vice President Kamala Harris.

About an hour ahead of hosting Senate Majority Leader Chuck Schumer and 10 other Democratic committee chairs in the Oval Office, Biden also had his home state Senate delegation — Delaware Democratic Sens. Chris Coons and Tom Carper — in the Oval Office Wednesday morning to discuss the COVID-19 relief negotiations.

“The centerpiece of our conversation was giving him insight and feedback on what we’ve heard from our Republican colleagues, and what’s possible, while still keeping an eye on the urgency of relief in the midst of a raging pandemic where literally thousands of Americans will die today,” Coons said outside the Oval Office after the meeting.

Asked whether Biden indicated any deal-breakers, Coons replied “Speaking for myself, if there is zero for state and local aid, I think that’s a non-starter.”

Coons also divulged the three Delawareans discussed how to potentially increase the targeting of relief payments.

In terms of timing, Coons said his view is that relief should come in “weeks, not months.” Carper noted the $900 billion package passed last year mostly expires in the middle of March and expressed a desire for a smooth transition to new aid.

Notably, Carper and Coons said the looming Senate impeachment trial did not come up at all.

Biden joined a House Democrats Caucus call Wednesday morning, telling members he’s willing to further target relief payments in his COVID-19 “American Resue Plan” but that he will not go below the $1,400 amount proposed by the White House, according to a source on the call.

“We can make compromises but we must take care of the people. We have to go big,” he said, according to the source.

“This package gets money into the pockets,” Biden continued. “We can’t walk away from additional $1,400 in direct checks we proposed because people need and frankly, they’ve been promised it. Maybe we can, I think we can better target that number. I’m OK with that. But … I’m not going to start my administration by breaking a promise to the American people.”

Senate Majority Leader Chuck Schumer has announced a deal with Senate Minority Leader Mitch McConnell that will allow Democrats to take the chairmanships of committees nearly a month after the party took control of the chamber.

“I am happy to report this morning that the leaders of both parties have finalized the organizing resolution for the Senate. We will pass the resolution out of the Senate today,” Schumer said in remarks from the Senate floor.

The two leaders had fought over the legislative filibuster and over committee budgets. Since Democrats are delayed in taking the helm of committees, it has, in turn, slowed Biden’s Cabinet nominees who await confirmation.

For example, on the nomination of Merrick Garland as attorney general, Sen. Dick Durbin, D-Ill., is in a public feud with Sen. Lindsey Graham, R-S.C. over the timing of a confirmation hearing. Graham has refused to hold a hearing before the impeachment trial of former President Donald Trump, and Durbin has threatened to force a hearing — potentially canceling an upcoming President’s Day recess to get Biden’s nominee through.

On COVID-19 relief, Schumer repeated on the Senate floor his belief that the country needs to go big and bold and confirmed he’ll be joining Wednesday’s Oval Office meeting with Biden and his committee chairs involved in writing relief legislation.

“History has taught us hard lessons about the cost of small thinking during times of big challenge,” Schumer said.

Feb 03, 10:22 am
Buttigieg participates in ceremonial swearing-in with Harris

Secretary of Transportation Pete Buttigieg participated in a ceremonial swearing-in with Harris on Wednesday morning.

The event took place in the ceremonial office of the vice president in the Eisenhower Executive Office Building, adjacent to the White House. Buttigieg was sworn in with his hand on the bible and joined by his husband, Chasten. The vice president’s office said the bible belonged to Buttigieg’s mother, Jennifer Anne Montgomery.

Second gentleman Doug Emhoff was also present, and the four posed for a photo after the ceremony before walking out.

Buttigieg is the first openly gay Cabinet member to be confirmed by the Senate — and at 39, he is also the youngest person on Biden’s Cabinet.

He was confirmed by the Senate in a vote of 86-13 on Tuesday. The Senate has confirmed six of Biden’s Cabinet nominees so far.

Biden has no signings on his schedule Wednesday, and the White House says he’s busy working behind the scenes on COVID-19 relief or what he’s called the “American Rescue Plan.”

Biden was expected to call into the weekly House Democratic Caucus meeting Wednesday morning and meet with Democratic chairs of committees receiving budget reconciliation instructions in the Oval Office to discuss the package around 11:30 a.m.

While Democrats have said they want bipartisan support on Biden’s plan, they moved forward Tuesday to pass it without Republican support. In a 50-49 vote, the Senate voted to consider a budget resolution that includes Biden’s COVID-19 relief package — a step toward passing Democrats’ priorities through the budget reconciliation process, which needs only a simple majority.

Sen. Joe Manchin, D-W.Va., voted with his party to consider the reconciliation process, but he’s expressed opposition to ultimately passing a $15 minimum wage presented in the package and to the $350 billion in state and local aid — signaling there is still negotiating to be done within the party even with Harris, as president of the Senate, having the power to cast tie-breaking votes.

Harris on Wednesday ceremonially swore-in Pete Buttigieg as secretary of transportation in the Eisenhower Executive Office Building, adjacent the White House. Buttigieg makes history as the first openly gay Cabinet member to be confirmed by the Senate — and at 39, he is also the youngest person on Biden’s Cabinet.

Wednesday also marks a somber anniversary for Biden, who is known for dealing with grief and loss, personally: His late son, Beau Biden, would have turned 52. 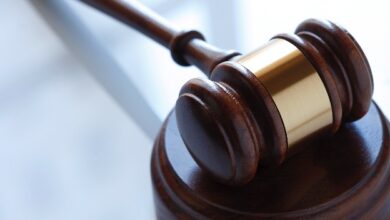 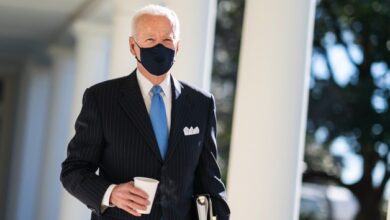 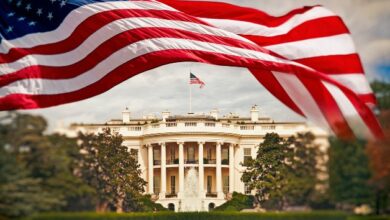 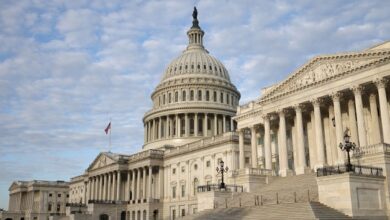