ABC/Craig Sjodin(LOS ANGELES) — On Monday’s episode of The Bachelor, the drama around Sarah continued to build, creating a tense friction that eventually led to her sudden her departure.

Monday’s episode picked up where last week’s left off — with Matt interrupting the rose ceremony to assist Sarah, whose had an anxiety attack because she had difficulty seeing him with other women. However, the other women viewed Sarah’s fainting episode as a ploy to grab Matt’s attention.

As one drama was unfolding, another came to a quick end, as Matt settled the spat between Victoria and Marylynn by sending the latter packing.

Next, Victoria joined Rachael, Bri, Lauren, Kit, Serena C., Khaylah, Anna, Kaili and Katie for a steamy group date, featuring Bachelor Nation favorite Ashley Iaconetti Haibon, who offered the women a chance to write their own hot love scenes with Matt and read them in front of a live audience comprised of the other ladies.

Not surprisingly, Katie — the woman who spent the premiere episode waving around an adult toy — had Matt and all the other ladies blushing with her graphic depiction of how a night with her and Matt would go.  The audience was also shocked, but not surprised, by Victoria’s extremely X-rated account of her dream date with Matt.

Rachael walked off with the date rose, but the night was really all about about Sarah, whose increasing need for validation led her to crash the after party and put her at the center of a firestorm.

Sarah’s attempt to apologize to the other women — some of whom didn’t get to talk to Matt — fell on deaf ears, as they became even more suspicious of Sarah’s motives.

Following a romantic one-on-one date that saw Serena P., deepen her relationship with Matt and walk off with the date rose, the drama between Sarah and the women escalated when a second attempt to offer up an apology for her actions was met with more anger and hostility.

Katie, upset by the group’s response to Sarah’s apology, reached out to the 24-year-old and the two engaged in an emotional conversation.  There, Sarah admitted she felt a need to leave the competition to be with her dad, whose battle with ALS had left him with “maybe weeks” to live.  Katie, who lost her father in 2012, felt Sarah’s pain and supported her decision.

Matt, who clearly had feelings for Sarah, also understood her decision, though it left him devastated.

The outcome left the women breathing a sigh of relief, but this is The Bachelor, so there’s even more drama ahead as a new group of suitors will be joining them next week.  Here are the remaining women after Monday night:

The Bachelor returns Monday at 8 p.m. ET on ABC. 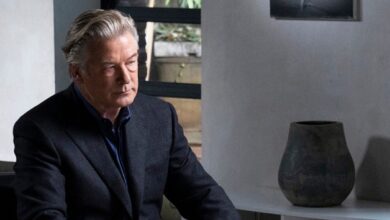