NBC/Virginia Sherwood(NEW YORK) — (NOTE LANGUAGE) Ice-T just marked his 22nd year playing NYPD Sergeant Finn on the NBC drama Law & Order: SVU.  The actor says he still counts his blessings, saying he was a troubled youth who used to run from police who now plays a respected officer on screen.

Speaking Monday on Straight Up Steve Austin, Ice-T exclaimed, “Playing a police! How the f***?”

“I went on the show to do four episodes, man. Here it is, we’re starting the 22nd season. I can’t really explain it,” the rapper furthered, who says he loves what he does.  “It’s fun because of the work environment.”

Ice T, whose real name is Tracy Lauren Marrow, shared a story about how he bonded with the cast and crew — admitting that he had a rough time fitting in at first.

“When I first got on the show I was with Richard Belzer. And I was there for about three months and they were like, ‘Well, Ice, you’re not bonding with the group.’ Meaning I guess they didn’t think I was gonna go out to lunch with them and all that. I was just saying my lines,” he reminisced.

Ice-T, 62, explained how he changed his dynamic with stars Mariska Hargitay, Christopher Meloni, Dann Florek and Belzer, revealing, “I said ‘I used to rob banks. I don’t need to like you guys.'” 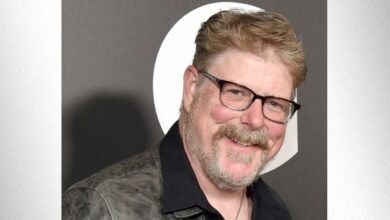 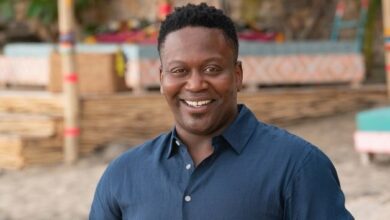 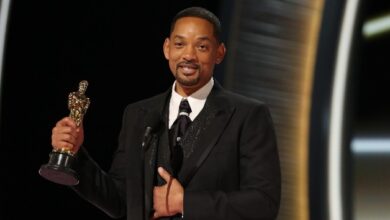 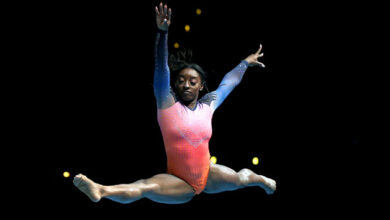 Simone Biles named one of the People of the Year, 'White Men Can't Jump' remake, and more