(WASHINGTON) — With just six days left in office and facing a Senate trial, President Donald Trump spent Thursday as the most isolated he has been during his presidency.

Key allies on Capitol Hill have bucked him, advisers are avoiding him, and his lawyers have largely refused to defend him as he faces an historic second impeachment trial as soon as next week.

Trump has limited time left to exercise his pardon powers. He has suggested to advisers he could grant a pardon to himself, as well as to family members and close allies, according to people familiar with the discussions.

As the West Wing clears out, the White House has not announced any upcoming trips for the president to tout what he views as his top accomplishments.

While Trump has said he will not attend President-elect Joe Biden’s inauguration on Wednesday, the White House has not said when exactly he plans to leave the building for his final time as president.

The president has felt isolated and angry, lashing out at those who have been most loyal to him over the past four years but whom he views as failing him in recent days, according to people close to the president. Among the targets, they said, were Vice President Mike Pence and House Minority Leader Kevin McCarthy.

Senate Majority Leader Mitch McConnell is considering voting to convict Trump, McCarthy said Wednesday the president bears responsibility for the Jan. 6 assault on the Capitol, and the No. 3 House Republican, Rep. Liz Cheney of Wyoming, joined nine other Republicans to vote to impeach him.

But Trump is not alone in the greater Republican party.

Just 17% of Republican registered voters hold Trump responsible for the storming of the Capitol last week, according to a Quinnipiac University poll released Monday. In an ABC News/Ipsos poll released the day before, only 13% of Republicans supported ousting the president before his term expires next week.

And while 10 House Republicans voted to impeach him Wednesday, 197 others voted against, sticking by him.

Even so, the president’s approach to the impeachment looked a lot different from the way he handled the first one.

Locked out of his social media accounts, Trump was unable to tweet real-time reactions as he did — prolifically — during his first impeachment. The White House communications team did not blast out “rapid response” emails defending the president like it did before, nor did the press secretary mount any sort of public rebuttal.

With McConnell leaving open the possibility he may vote to convict Trump during the Senate’s impeachment trial — and several other Republican senators potentially jumping aboard — the president faces the prospect that 17 GOP senators could join their Democratic colleagues in choosing to convict him. It’s unclear how likely that would be.

Sen. Lindsey Graham, R-S.C., who just last week split with Trump by saying Biden won the election, flew with him to Texas on Thursday for a visit to the border and told The Washington Post the president asked him to help lobby his colleagues to acquit him during the trial. Graham said he spent time calling senators from Air Force One.

The trial could start as soon as next week, but the president has yet to organize a defense team — and many of the lawyers involved last time did not plan to return for the second round.

White House counsel Pat Cipollone and his deputies, as well as outside lawyers Jay Sekulow and Jane and Marty Raskin are all not expected to be involved.

Aides to the president have spoken with former Harvard professor Alan Dershowitz, who played a role in the first impeachment trial, about joining the team, although he is not on board yet.

Trump has been increasingly irritated with personal lawyer Rudy Giuliani and has not been taking his calls, according to people familiar with the matter, though Giuliani has been spotted in the West Wing recently and may play a key role in the president’s defense.

Top Trump campaign adviser Jason Miller tweeted Thursday that he had “just” spoken with the president that morning and that “he told me” Giuliani “is a great guy and a Patriot who devoted his services to the country!” Miller did not say if the president planned to have Giuliani represent him during the trial.

Another attorney, John Eastman, whose extremist positions have troubled some of the president’s lawyers, is expected to be involved. Eastman is a law professor who had represented Trump in a failed quest to have the Supreme Court intervene in the election, and who has pushed a racist conspiracy theory about Vice President-elect Kamala Harris.

Meanwhile, the West Wing cleared out physically, too.

After a handful of White House staffers resigned after Trump called on his supporters to “fight like hell” and march to the Capitol, most elected to stay on until their time came to an end on its own.

Many have been packing up their desks and going through the off-boarding process in recent days, with stacks of cardboard boxes seen being delivered to the White House complex on Wednesday.

White House trade adviser Peter Navarro was photographed walking away from the White House with a large picture of Trump and Chinese President Xi Jinping.

In the final week of the Trump administration, Navarro was one of the last West Wing officials actively defending the president in public.

“The Democratic Party did violence to this country by attacking a president, who I believe was legally elected on November 3,” Navarro said in an interview with Fox Business Thursday morning. “If the election were held today, he’d be elected again.”

Trump was not elected president in November; Biden was, and his win was certified by the Congress last week. 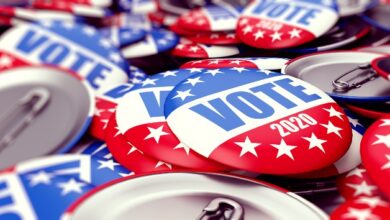 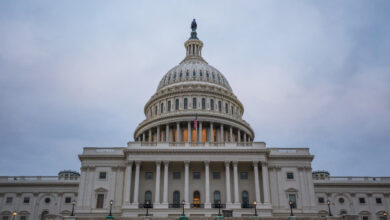 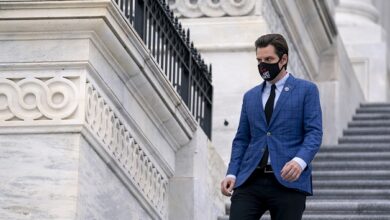 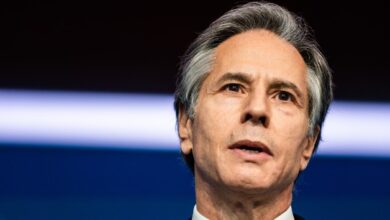 Biden’s pick for secretary of state lays out vision