(WASHINGTON) — Lawmakers on Capitol Hill have been briefed about multiple potential threats to Congress between now and the inauguration and urged to take measures for their personal security, which could include bulletproof vests.

House Democrats, who were moving forward on impeachment efforts, were briefed Monday night on the reports by Capitol Police leadership, according to sources on the members-only call.

Republicans are scheduled to hold a similar call with Capitol Police and law enforcement later this week, according to lawmakers and aides.

One alleged plot involved rioters potentially seeking to surround the Supreme Court and the Capitol with weapons, to prevent Democrats from entering Congress and allowing Republicans to control both chambers, the sources said.

It’s not clear how well developed the specific plots are, but Capitol officials are taking everything seriously after last week’s riot, sources said.

The Capitol Police plan to harden the perimeter around Congress and congressional offices even more, working with National Guard troops and the Secret Service, ahead of the inauguration.

One source familiar with the call described the planned precautions as creating a “bubble inside a bubble,” citing notes taken during the phone briefing.

Members were encouraged not to share specific dates with the media and were asked not to publicly disclose the names of the groups that are behind some of the threats, to avoid giving them publicity.

The Huffington Post first reported details of the call.

There was also discussion of how members can protect themselves using funds set aside for their offices, including potentially hiring personal security.

The group also discussed putting members of Congress and their guests through metal detectors for President-elect Joe Biden’s inauguration next week, amid some concerns from Democrats about GOP colleagues whom they believe may have helped incite the riot or communicated with organizers ahead of last Wednesday, one source said.

Late Tuesday, Capitol Police installed metal detectors around the House chamber, in an effort to police what lawmakers bring onto the House floor. 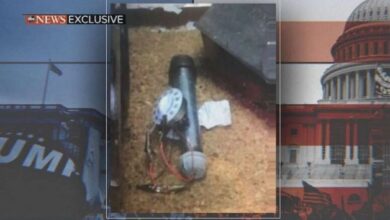 Explosive devices found outside RNC and DNC were live not fake: Source 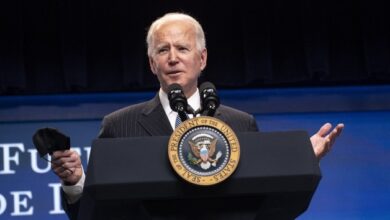 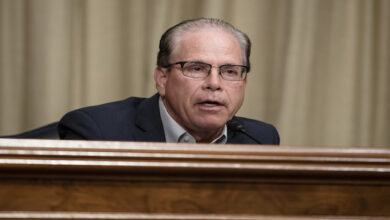 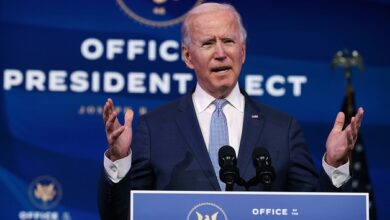 Biden to Trump: ‘Demand an end to this siege’