(WASHINGTON) — President Donald Trump is slated to hand over control of the White House to President-elect Joe Biden in nine days.

During Monday’s brief session, Republicans blocked an effort by Democrats to get unanimous consent to force Vice President Mike Pence to invoke the 25th Amendment, and House Democrats introduced one article of impeachment against President Trump for “incitement of insurrection” in the wake of a pro-Trump mob breaching the U.S. Capitol last Wednesday.

The “incitement of insurrection” article of impeachment was introduced by Reps. Jamie Raskin, D-Md., Ted Lieu, D-Calif., and David Cicilline, D-R.I., along with more than 210 Democratic co-sponsors.

The measure says that Trump has “demonstrated that he will remain a threat to national security, democracy and the Constitution if allowed to remain in office and has acted in a manner grossly incompatible with self-governance and the rule of law.”

JUST IN: House adjourns moments after gaveling into a pro forma session, after Republicans blocked an effort by Democrats to get unanimous consent to force Vice Pres. Mike Pence to invoke the 25th Amendment. https://t.co/FLZUgPSgAr pic.twitter.com/RxtLuMBE9D

House Speaker Nancy Pelosi has told Democrats they will move forward with an impeachment vote immediately if Pence and the Cabinet do not invoke the 25th Amendment and remove Trump from power.

Hoyer told reporters this morning that “there very well could be” an impeachment vote as early as Wednesday.

The House has adjourned moments after gaveling into a pro forma session after Republicans blocked an effort by Democrats to get unanimous consent to force Vice President Mike Pence to invoke the 25th Amendment.

Majority House Leader Steny Hoyer, D-Md., introduced a request by unanimous consent to bring up the Raskin resolution calling on Pence to mobilize the Cabinet to activate the 25th Amendment — effectively declaring Trump incapable of executing the duties of his office and making Pence the acting president — but Republicans objected to the effort.

The House is expected to return on Tuesday for a full floor vote on the legislation. If Pence does not agree to invoke the 25th Amendment, House Democrats says they’ll move forward with impeachment.

Monday’s session began with the House Sergeant of Arms Paul Irving formally resigning his position and Timothy Blodgett being sworn in as the new Sergeant at Arms.

Calls for the president’s removal come after a mob of pro-Trump supporters breached the Capitol on Wednesday while Congress was voting to certify the electoral votes. The assault on the Capitol left at least five dead, including one Capitol Police officer.

Jan 11, 10:30 am
Freshman Democrat to introduce resolution to expel members through 14th Amendment

As rioters roamed the Capitol last Wednesday, freshman progressive Rep. Cori Bush tweeted she would introduce a resolution calling for the expulsion of GOP members of Congress who, she said, “incited this domestic terror attack through their attempts to overturn the election.”

Bush confirmed in a tweet Sunday she’d be introducing a resolution on the House floor Monday seeking to expel lawmakers who, she said, “tried to overturn the election and incited a white supremacist coup attempt that has left people dead” arguing they violated they the 14th Amendment.

“We can’t have unity without accountability,” Bush added.

House Speaker Nancy Pelosi in her letter to colleagues Sunday outlining next steps in removing Trump from office also asked Democrats for their views on Section 3 of the 14th Amendment, regarding the removal of members who “have engaged in insurrection or rebellion.” The section effectively disqualifies those who engage in insurrection against the Constitution of the United States from holding office.

Similar calls are being made in the Senate with Sen. Sherrod Brown, D-Ohio, calling on the U.S. Senate to expel Sens. Ted Cruz, R-Texas, and Josh Hawley, R-Mo., if the senators refuse to resign in the aftermath of this week’s siege on the Capitol.

With just nine full days left in office, Trump is facing a possible historic second impeachment as House Speaker Nancy Pelosi, in the wake of the Capitol Hill assault, warns if he doesn’t resign, or if his Cabinet doesn’t move to remove him.

Democrats are taking steps Monday morning in the House to remove Trump, beginning at a pro forma session on the House Floor at 11 a.m.

Majority House Leader Steny Hoyer, D-Md., will request unanimous consent to bring up the “Raskin resolution” which calls on Vice President Mike Pence to ask the president’s Cabinet to activate the 25th Amendment — effectively declaring Trump incapable of executing the duties of his office and making Pence the acting president.

If Hoyer fails to get unanimous consent, with Republicans expected to object, Democrats will hold a private caucus call at 2 p.m. and bring up the legislation again Tuesday to a full floor vote. Then, Pelosi said, in a letter to her colleagues Sunday night, “We are calling on the Vice President to respond within 24 hours,” and if he does not, they “will proceed with bringing impeachment legislation to the Floor.”

With both resignation and removal by the 25th Amendment unlikely, impeachment legislation — on one article charging “incitement of insurrection,” according to a draft — will likely hit the House floor Wednesday. Rep. David Cicilline, D-R.I., said on Twitter Sunday night that the article has at least 210 cosponsors.

But Democrats are divided over Democratic Majority Whip Jim Clyburn suggesting over the weekend that the House wait until after Biden’s first 100 days to submit the article to the Senate to trigger a trial. And there’s almost no chance Senate Majority Leader Mitch McConnell will call the Senate back sooner than Jan. 19.

Democrats like Rep. Alexandria Ocasio Cortez argue despite an inconvenient timeline the process allows Congress an outlet to hold Trump accountable. Pelosi told CBS’ 60 Minutes Sunday, Trump had “done something so serious that there should be prosecution against him.”

While House Democrats take action to remove Trump from office after he encouraged supporters to march on Capitol Hill last week.

Trump on Monday plans to award the Presidential Medal of Freedom — the nation’s highest civilian honor — to GOP Rep. Jim Jordan of Ohio, his longtime defender, in a closed event, something not the event not mentioned on his schedule, a White House official said. Later in the week, he’s expected to bestow the same honor on New England Patriots head coach Bill Belichick.

Sources told ABC News over the weekend the White House is building out a week of programming to highlight Trump’s record over the dwindling days of his administration, despite amplified calls for Trump to resign or risk facing a second impeachment. Appearing to dismiss those calls, Trump has a trip planned for Tuesday to Texas to showcase the border wall he’s pushed hard for, and is expected to host events in the next week to highlight what sources say are the administration’s achievements in areas including foreign affairs, business and pandemic response.

The president was angry for much of this past weekend — mostly about Twitter permanently suspending his account on Friday, according to sources who have spoken directly to Trump. Sources said the president is expected to depart Washington before Biden takes the oath of office on Jan. 20.

While Biden said last week it’s a “good thing” Trump isn’t attending his inauguration, he hasn’t said whether he supports impeaching Trump, deflecting that decision to Congress instead. Biden’s said he wants the incoming Congress to focus on his Cabinet nominations and pandemic relief from the onset, but an impeachment trial in the Senate risks preempting the rest of its business.

On Monday, Biden is slated to meet with transition and economic advisors and will publicly receive the second dose of the COVID-19 vaccine from Wilmington, Delaware, in the afternoon.

It might be that the very divisions Trump has stoked save him from being removed from office early.

It may also be that forces beyond his control now contribute to his ultimate and final undoing.

In the flurry of recriminations from Wednesday’s assault on the Capitol, the question has shifted from whether Trump would leave office to when and exactly how it all goes down. The president will almost certainly be impeached again by the House early this week, as official Washington realizes anew how bad last week was, and how bad things might get over the next nine days and beyond.

At stake are final judgments for history on Trump, including the possibility of disqualification from running for office again. The decisions ahead for lawmakers matter greatly for Trump and the future of the GOP, and also for internal Democratic politics and the agenda Biden hopes to enact.

The strongest argument Republicans are now offering against impeachment doesn’t try to defend Trump’s actions or even argue that he’s fit to stay in office through Jan. 20.

Instead, it’s an argument that the cause of national unity is best-served by waiting Trump out — and hoping that no further political violence erupts in Washington, state capitals and even lawmakers’ homes.

Trump has barely cared about his legacy in any traditional sense, and this week’s White House attempts to remind people of his accomplishments aren’t likely to change things.

Last week left indelible marks on his permanent record. Actions in the coming days could not only influence how he’s remembered, but also how the country comes through a turbulent and troublesome period. 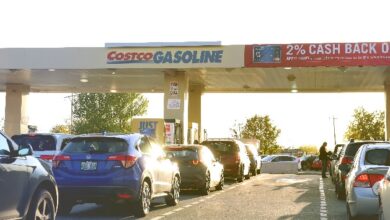 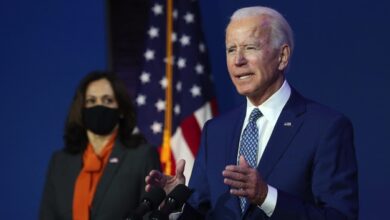 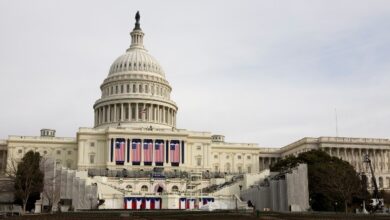 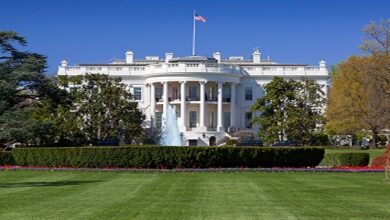