ABC/Heidi Gutman(NEW YORK) — With news that the Sex and the City girls would be getting back together with the limited HBO Max series And Just Like That, came the same question from many fans: “Where’s Samantha?”

Kim Cattrall’s Samantha Jones won’t be a part of the new series, for which Sarah Jessica Parker, Cynthia Nixon, and Kristin Davis will reportedly make a million bucks per episode as co-stars and producers, according to Variety.

Cattrall made good on a vow years ago not to return to the series, which caused a third Sex and the City film project to fall apart before cameras rolled, and Cattrall and Parker’s apparently rocky relationship has been well-documented.

However, on Instagram, SJP answered the “Where’s Samantha?” questions with a diplomatic “She will always be there…”

One fan commented on Parker’s SATC spin-off announcement with “Happy to see you back, but will miss Kim/Samantha,” to which SJP said, “We will too. We loved her so.”

“They dislike each other,” another fan weighed in, to which Parker commented, “No. I don’t dislike her. I’ve never said that. Never would. Samantha isn’t part of this story,” she wrote. “But she will always be part of us. No matter where we are or what we do.”

The ten-episode, half-hour series And Just Like That is scheduled to begin production in New York in late spring, HBO Max says. Take a look, he could get booked: Who is LeVar Burton for new 'Jeopardy!' host? 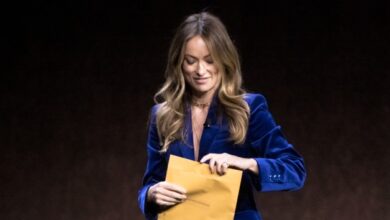