When violent rioters stormed the Capitol building this week, Texas A&M professor Jen Mercieca was shocked, but she wasn’t surprised.

“They were not surprising. In fact, everyone had telegraphed that that was exactly what they wanted to happen,” said Mercieca, who studies American political rhetoric.

She says the groups that demonstrated in Washington this week have been growing for decades, thanks to the Internet.

“It’s been used by the extreme right, you know, way back into the 90s. We saw them on messaging boards. We saw them creating websites,” said Mercieca.

When more mainstream platforms like Facebook and Twitter showed up in the mid 2000s, those groups were able to learn about each other- and morph together.

“They have allowed these groups of people. Who you know might otherwise be isolated and alone in their communities to connect and to bond,” said Mercieca.

In many cases, these communities were pushed together with the help of social media algorithms. Last year, a group of information technology professors looked at how nearly 200,000 US adults used the
Internet over the course of four years. Specifically, they were trying to figure out whether the more time spent on Facebook, Twitter, and Reddit correlated to more extreme ideological positions.

“Personalization technologies could result in people being so hyper, micro-focused on just the kinds of things that they’ve expressed interest in before that,” says Stephen Johnson, who worked on the study. “Then they would be entering a bubble that the filter personalization would keep them from being exposed to a diversity of viewpoints or information sources.”

Johnson says that’s known as a “filter bubble.” And while it does happen on both sides of the political aisle, his research finds Facebook is five times more polarizing for conservatives than it is for liberals.

When President Trump announced his candidacy in 2016, Mercieca says some of those extreme far right groups, which had flourished on social media, saw it as an opportunity to bring their ideology to more people.

“I saw them essentially supporting Donald Trump’s campaign in a really aggressive way, they thought that they could use Trump as a vehicle to attract interest to their movements,” said Mercieca.

They did this through a tactic known as narrative laundering, which Mercieca details in her book, “Demagogue for President: The Rhetorical Genius of President Trump.”

“It’s sort of like money laundering, right? You take dirty money and you put in a business. You take it out, it’s now clean. Donald Trump did the same thing with the memes and the talking points of these fringe groups,” said Mercieca.

When certain falsehoods made the jump from the online fringe to the now-president, people listened.

On Thursday, Facebook CEO Mark Zuckerberg indefinitely banned President Trump’s Facebook and Instagram accounts, saying “we believe the risks of allowing the President to continue to use our service during this period are simply too great.” On Friday night, Twitter permanently banned President Trump and several related accounts “due to the risk of further incitement of violence.” But even removing the President of the United States from the world’s biggest social networks may not be enough to fully tamp down his messaging.

“We’ve seen that when platforms, you know, start to censor political speech that people seek it out in other ways,” says Mercieca. “So they moved to Parler, or they moved to other ways of communicating. And so I think that for Trump’s base they will continue to seek out, you know, his opinions. As long as he wants to be politically relevant, I think that he can be.”

But even if some followers rediscover the president on other platforms, Mercieca says removing Trump from the prominent ones is important. In 2018, conspiracy theorist Alex Jones was removed from numerous social networks, including Facebook and Twitter, over hate speech violations. Mercieca says, while Jones didn’t completely disappear from the public eye after that deplatforming, it did make a difference.

“Did take him out of the mainstream and they did stop his circulation on Twitter and Facebook and YouTube and so in some ways that deplatforming is a model for what could happen to Donald Trump,” said Mercieca. 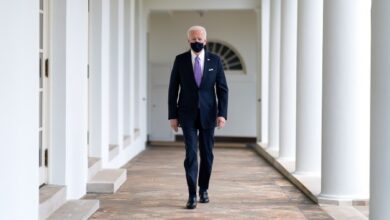 Biden to ‘acknowledge’ to world that democracy ‘under stress’ in US: Official 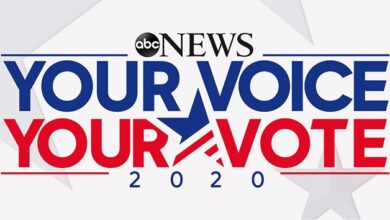 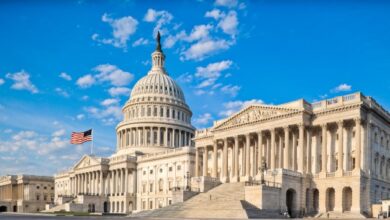 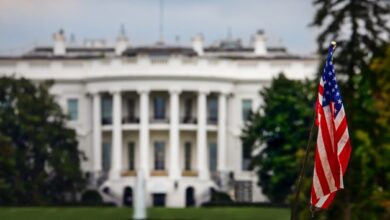