(WASHINGTON) — President Donald Trump on Friday found himself under the most extreme political pressure he has faced during his presidency — with just 12 days left in office — under calls to resign and facing the possibility of becoming the first president to be impeached twice.

Trying to contain the backlash to his calling on supporters to march on the Capitol, resulting in a mob launching a deadly insurrection, he issued a scripted video message Thursday evening condemning the rioters after initially praising them amid the aftermath Wednesday as “great patriots.”

Then, Friday morning, after also saying “my focus now turns to ensuring a smooth orderly and seamless transition of power,” he said he would not attend the inauguration of his soon-to-be successor, President-elect Joe Biden.

“To all of those who have asked, I will not be going to the Inauguration on January 20th,” Trump tweeted Friday morning.

Democrats on Capitol Hill, after calling for his immediate removal from office under the 25th Amendment, moved closer Friday to starting quick impeachment proceedings. Some congressional Republicans would not rule out supporting Trump’s removal.

The Wall Street Journal‘s editorial board said Trump should resign.

Nearly 30 hours after the storming of the Capitol, Trump on Thursday night shared a video message condemning the violence but taking no responsibility for egging on the rioters.

“America is and must always be a nation of law and order, the demonstrators who infiltrated the Capitol have defiled the seat of American democracy,” Trump said in the video posted to Twitter, which the day before had locked his account. “To those who engaged in the acts of violence and destruction. You do not represent our country. And to those who broke the law. You will pay.”

The president’s clearer condemnation Thursday night stood in stark contrast to his hours-long silence throughout the day, as well as his refusal on Wednesday to tell his reporters to leave the Capitol until hours had passed. Even then, he told them, “We love you,” and, “You’re very special.”

The president’s daughter Ivanka Trump and her husband Jared Kushner, both senior White House advisers, pushed Trump to record the second video after they had received calls from members of Congress and other allies imploring them to get the president to do more, according to people familiar with their involvement.

The White House counsel’s office had also pushed for Trump to take the temperature down, as it feared the president had legal exposure for his words and rhetoric at a Wednesday rally near the White House where he encouraged his supporters to march on the Capitol, those people said.

“We must revitalize the sacred bonds of love and loyalty that bind us together as one national family,” Trump said in Thursday evening’s video, in which he for the first time conceded “a new administration will be inaugurated on January 20th.” He did not mention Biden’s name, though.

As of midday Friday, Trump had not commented on Sicknick’s death, although a White House spokesman, Judd Deere, said Friday morning that “the President and the entire Administration extend our prayers to Capitol Police Officer Brian Sicknick’s family as we all grieve the loss of this American hero.”

Trump on Friday did take to Twitter, though, to speak directly to his followers.

“The 75,000,000 great American Patriots who voted for me, AMERICA FIRST, and MAKE AMERICA GREAT AGAIN, will have a GIANT VOICE long into the future,” the outgoing president wrote. “They will not be disrespected or treated unfairly in any way, shape or form!!!”

The calls for Trump’s removal from office grew Friday, with Democrats on Capitol Hill vowing to take steps toward impeaching the president for a second time if Vice President Pence did not act to invoke the 25th Amendment, which allows for a president to be stripped of his powers with the support of the vice president and a majority of Cabinet members.

While sources have told ABC News that members of the president’s Cabinet have, in fact, had detailed conversations about that possibility, it appeared unlikely to happen with just 12 days left in the president’s term.

Pence himself held no public events Thursday or Friday, and on Thursday he entirely avoided the White House complex, instead remaining in his residence in Washington, according to a senior administration official.

Trump, too, had no public events either day, although on Thursday he awarded the nation’s highest honor, the medal of freedom, to three golfers in an event from which the press was barred. He had planned to travel to Camp David this weekend, but the trip was cancelled, according to a White House officials.

While the vice president may not move to forcibly remove the president, two members of the president’s Cabinet have already abandoned him by walking away from the administration outright.

Education Secretary Betsy Devos and Transportation Secretary Elaine Chao, who is also the wife of Senate Majority Leader Mitch McConnell, resigned in protest over Wednesday’s events. In addition, eight other members of the administration have also resigned, and there remained the possibility that more resignations could follow.

The president’s former chief of staff Mick Mulvaney, who has served as the U.S. envoy to Northern Ireland since leaving the White House, said Thursday that some officials with whom he had spoken “are choosing to stay because they’re worried the president might put someone worse in.”

Another of the president’s former chiefs of staff, John Kelly, who also served under Trump as secretary of homeland security, said that Pence should convene the cabinet to consider removing the president and that, if he were still in the administration, would vote for the president’s immediate removal.

“What happened on Capitol Hill yesterday is a direct result of his poisoning the minds of people with the lies and the frauds,” Kelly said Thursday. “He’s a very, very flawed man. I’m not a psychiatrist. I could never address anything that has to do with mental health. I would just say very flawed man who has got some serious character issues.”

Trump’s recently departed Attorney General Bill Barr also joined the pile-on by former administration officials. “Orchestrating a mob to pressure Congress is inexcusable,” Barr said in a statement. “The President’s conduct [Wednesday] was a betrayal of his office and supporters.”

Biden has yet to say whether he is supportive of the president’s immediate removal from office but did issue a strong repudiation of Wednesday’s events and echoed other Democrats in laying blame on the president for the insurrection.

“We could see it coming,” Biden said Thursday. “The past four years, we’ve had a president who has made his contempt for our democracy, our Constitution, the rule of law clear in everything he has done.”

“He unleashed an all-out assault on our institutions of our democracy from the outset,” Biden said. “And yesterday was but the culmination of that unrelenting attack.” 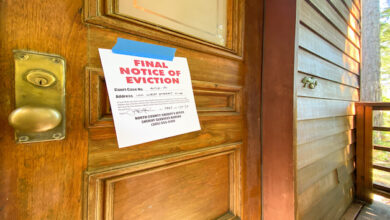 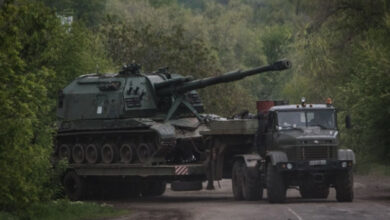 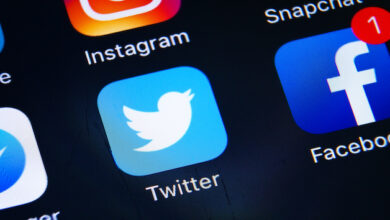 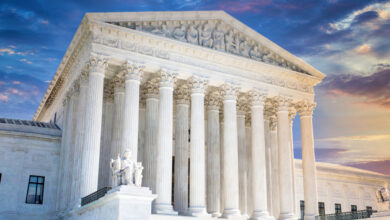