(WASHINGTON) — President Donald Trump is slated to hand over control of the White House to President-elect Joe Biden in 12 days.

Jan 08, 9:13 am
DC AG pledges to investigate instigators of Capitol insurrection, including Trump

Attorney General for the District of Columbia Karl Racine faulted Capitol Hill Police for failing to contain Wednesday’s insurrection but said his office will also investigate those who incited the violence — including the president.

”Clearly, the Capitol was ground central in the mob’s behavior. Donald Trump Jr., Rudy Giuliani, even the president were calling on supporters and hate groups to go to the Capitol, and in Rudy’s words, ‘exercise combat justice,'” Racine told ABC News’ Good Morning America Anchor Cecilia Vega in an interview Friday morning. “We’re going to investigate not only the mob, but those who incited the violence.”

Racine also said authorities would use the Internet to identify the rioters who violated the Capitol and noted, “More people died at the Capitol of the United States than in Benghazi.”

House Democrats are moving closer to launching a second impeachment effort against President Trump in the wake of insurrection at the Capitol — an expedited push that could be voted out of the House as early as next week.

House Judiciary Chairman Jerry Nadler, D-N.Y., signaled the speed at which the process could work in a statement late Thursday.

“We have a limited period of time in which to act. The nation cannot afford a lengthy, drawn out process, and I support bringing articles of impeachment directly to the House floor,” he said, suggesting that impeachment effort would bypass the House Judiciary Committee entirely.

Democrats are expected to introduce a privileged impeachment resolution in the House as soon as Monday, which could tee up debate and a floor vote by Wednesday, if House Majority Leader Steny Hoyer reconvenes the chamber.

House Speaker Nancy Pelosi will convene Democrats for their first caucus call since events at the Capitol at noon Friday, where impeachment is expected to be a topic of discussion.

Jan 08, 6:50 am
At least 10 Trump staffers, including five White House officials, have resigned

In the wake of Wednesday’s U.S. Capitol siege, at least 10 Trump administration officials have resigned.

Ryan Tully, the senior director for Europe and Russian affairs on the White House National Security Council has also willingly left his post, as has Betsy Devos, the secretary of education. 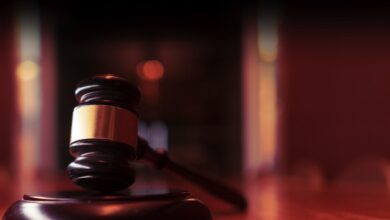 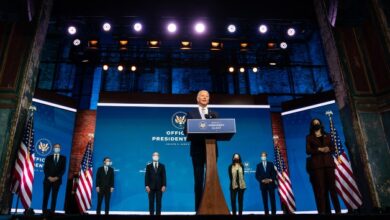 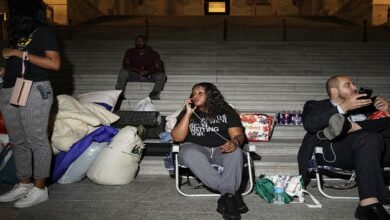 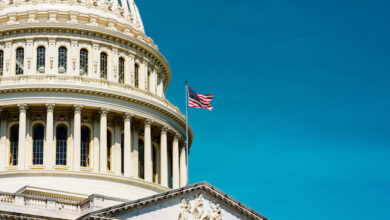