STARZ(SCOTLAND) — Outlander fans can now catch a glimpse of co-stars Sam Heughan and Graham McTavish in modern-day Scotland in their new series, Men in Kilts: A Roadtrip with Sam and Graham.

The trailer for the upcoming eight-episode STARZ series has just dropped, showing the Scots scooting all over their native land in an RV, and later a sidecar motorcycle — and, as the title suggests, boldly doing the latter in kilts.

The network says the series, which debuts on Sunday, February 14 at 8:00 p.m. ET, “will take viewers on a truly immersive adventure travel experience across the country to discover its rich history and heritage, meet various local artisans, and dive into traditional food and drink, all the while meeting an extraordinary cast of real life Scottish characters.”

The trailer describes the show as, “the greatest road trip ever attempted…without pants.”

The long-awaited sixth season of Outlander is currently in pre-production, after filming was delayed due to COVID-19. Former 'The Bachelor' star Colton Underwood comes out as gay 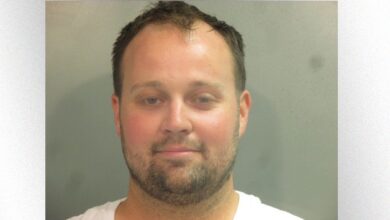