As prosecutors begin preparing charges against those responsible for Wednesday’s deadly insurrection at the U.S. Capitol, profiles of the accused are coming into sharper relief. An examination of police affidavits and arrest records and depict a diverse cross-section of President Donald Trump’s most fervent supporters — and evidence that conspiratorial rumors about a left-wing false-flag operation are without merit.

In the 48 hours since mobs marched on the Capitol, authorities have combed through the same social media images that have ricocheted across the globe, hoping to identify additional suspects. On Thursday, acting U.S. Attorney for the District of Columbia Michael Sherwin said his office had already prepared more than 55 cases connected to the riots, but added, “This is just the beginning.”

The FBI and DC Metropolitan Police have shared hundreds of images of suspected rioters on social media channels. On Friday, MPD announced it had received over 17,000 tips.

For those already in custody, charges range from weapons offenses to property theft and assault. One suspect arrested in the vicinity of the Capitol was found “with a military semi-automatic rifle and 11 Molotov cocktails that were ready to go,” Sherwin said. On Friday, this suspect was identified as Lonnie Coffman of Alabama.

In an initial batch of 68 arrests, MPD officials said one person was based in Washington, D.C., 11 more were from neighboring Maryland and Virginia, and 50 others came from 18 additional states. While details about those in custody are still coming to light, some names have already emerged.

Consistent with images flagged on social media, many of the individuals arrested appear to have ties to groups associated with white nationalists and right-wing militia groups, including the Proud Boys and Oath Keepers.

On Friday, prosecutors announced the arrest of Richard Barnett, an Arkansas man who was photographed in House Speaker Nancy Pelosi’s office with his feet on her desk. The Washington Post reported this week that Barnett considers himself a “white nationalist,” citing a Facebook page he maintained under a pseudonym. The Benton County Sheriff’s office in Arkansas confirmed to ABC News that Barnett had been arrested once before, in 2003 for failure to appear in court, but did not provide any more details. Barnett did not immediately respond when ABC News reached out to him.

Officials on Wednesday charged Jay Thaxton, a 46-year-old North Carolina resident, with a curfew violation. A 46-year-old named Jay Thaxton, who resides in North Carolina and has the same last name, previously confirmed in a 2019 local newspaper interview that he was a Proud Boys supporter, but declined to say whether he was an official member. He made multiple statements defending the group in the article, claiming he was “in no way” a white nationalist, but rather a “proud nationalist.” It was unclear, however, if the man arrested Wednesday was the same Jay Thaxton cited in the article, and he could not be reached by ABC News for comment.

Among those arrested was a Florida man named Michael Curzio, who served eight years in prison for attempted first degree murder, records and local reports show. According to prison inmate records, Curzio was released in February 2019.

On Wednesday, Curzio was arrested along with five others around him for knowingly entering or remaining in any restricted building or grounds without lawful authority and violent entry and disorderly conduct on Capitol grounds.

In the wake of Wednesday’s unrest, experts said that law enforcement will also want to examine whether any foreign influences were involved in fomenting division — particularly by supporting online messaging developed by or promoted by members of extremist groups.

“It is possible, if not likely, that foreign intelligence services, including the Russians, would clandestinely fund groups like the Proud Boys or Oath Keepers as part of a covert influence campaign to pit Americans against one another,” said Mick Mulroy, a former deputy assistant secretary of defense, retired CIA paramilitary officer and ABC News contributor.

Police records indicate that a Russian-speaking mother and daughter, Yevgeniya and Kristina Malimon, were arrested Wednesday night and charged with unlawful entry and a curfew violation. The Portland, Oregon, women “did enter or attempt to enter” the Capitol building, according to police records, and were arrested after ignoring “at least 3 warnings” from officers to disperse. Neither woman responded to multiple requests for comment from ABC News.

The younger Malimon, 29-year-old Kristina, appears to be the vice chair of the Oregon Young Republicans and appears to own social media accounts filled with pro-Trump content. Prosecutors were asked to provide a Russian language interpreter at Thursday’s arraignment of Kristina’s mother, Yevgeniya. Both women were released Thursday after pleading not guilty to the charges against them in court.

Yevgeniya Malimon, speaking through the court-appointed interpreter, denied the allegations against her during a hearing on Thursday, saying. “I’m not sure what unlawful entry you are talking about; I didn’t enter anything.”

A federal prosecutor on Friday said it was “too early” in the investigation to discuss whether any suspects are tied to a foreign intelligence operation.

Court records also shed fresh light on the violence against police officers that occurred at the Capitol, some of which was captured in photos and social media videos. An affidavit filed Thursday by a U.S. Capitol Police officer described how a man named Mark Leffingwell attacked him and fellow officers as they sought to hold a line inside the building. On Friday, Leffingwell was formally charged with three crimes, including assault on a federal law enforcement officer.

“When he was deterred from advancing further into the building, Leffingwell punched me repeatedly with a closed fist. I was struck in the helmet that I was wearing and in the chest,” the officer wrote. “Working with other officers, I was able to gain control over Leffingwell, who attempted to struggle while being detained.”

In the two days since the siege, right-wing social media channels have parroted the conspiracy theory that the riot was carried out by left-wing agitators masquerading as Trump supporters. But in a call with reporters Friday, Ken Kohl, the acting principal U.S. Attorney in D.C., flatly denied the premise of a false-flag operation of that nature.

“We have no indication of that at this time,” Kohl said. 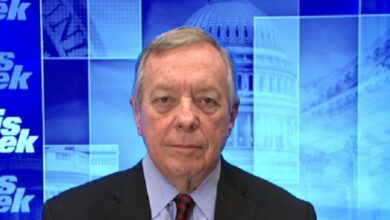 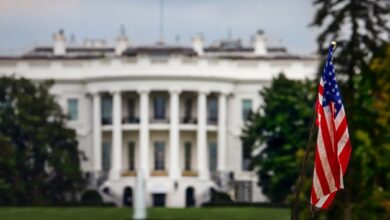 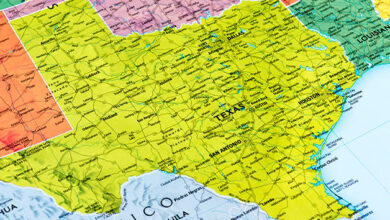 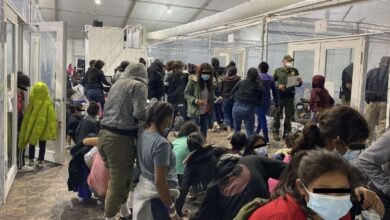