(WASHINGTON) — The NAACP is calling on the Fulton County District Attorney to investigate President Donald Trump’s weekend call to Brad Raffensperger, when he asked the top election official in Georgia to “find 11,780 votes” for him to overturn the state’s election results.

In Georgia, Black voters were critical to the success of the Biden campaign, and NAACP President and CEO Derrick Johnson said that the president’s calling on election officials to “find” votes is the latest stunt, along with a series of lawsuits filed by the Trump Administration, targeting African American voters.

“This is a racist attack on Black voters. President Trump’s desperate and futile attempts to invalidate and falsify votes cast by Georgia voters add to a growing list of criminal acts that must be addressed. His blatant disregard of the election’s accurate results is harmful to the American people and democracy itself,” Johnson said.

In the call, Trump, citing debunked and dismissed conspiracy theories about election fraud in Georgia, repeatedly demanded that Georgia Secretary of State Raffensperger, a Republican, “find” enough votes to deliver the president a win in the Peach State, wrongly claiming it is “not possible” for him to have lost the election there. President-elect Joe Biden was the first Democratic presidential candidate to win Georgia since 1992, but his narrow victory came after years of demographic shifts and efforts among party activists to get out the Democratic vote.

The NAACP president told ABC News that he sees this as the latest effort in “challenging the legitimacy of African American votes whether it was in Milwaukee or Wayne County Michigan, Philadelphia or in this case Atlanta.”

The Trump campaign, along with a Trump elector, had also filed a lawsuit in Fulton County Superior Court requesting a new presidential election or for the court to prohibit the appointment of presidential electors.

“We’re only asking for the law to apply equally,” Johnson said. “And we have an individual that appears to have violated — yet again — laws to protect our democracy. But most importantly, violating laws to undermine the ability of African Americans to fully participate.”

During the call, Trump accused Raffensperger of engaging in criminal acts, claiming that election workers were shredding ballots, which the secretary’s general counsel, Ryan Germany, said was not true. The president alleged Raffensperger was covering it up.

Audio of the phone call was first obtained by The Washington Post but then also obtained by ABC News.

Raffensperger, during an exclusive interview with ABC News Chief Anchor George Stephanopoulos on Good Morning America, noted that the president, “did most of the talking. We did most of the listening, but I did want to make my points that the data that he has is just plain wrong.”

Trump “had hundreds and hundreds of people he said that were dead that voted. We found two, that’s an example of just — he has bad data,” Raffensperger said Monday.

“He is a loser,” Johnson added. “Please put that in all caps, HE IS A LOSER, and cannot accept the fact that he lost.”

Tuesday is Georgia’s runoff for both U.S. Senate seats. The outcome will determine the balance of power in the Senate, prompting Trump, Biden, Vice President Mike Pence and Vice President-elect Kamala Harris to campaign there.

Hours ahead of Trump’s appearance at a campaign rally Monday night, Johnson asked, “If this outgoing president who lost had no confidence with the election why is he in Georgia?” 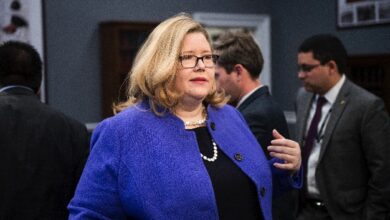 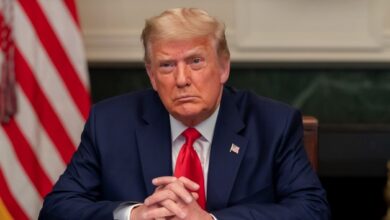 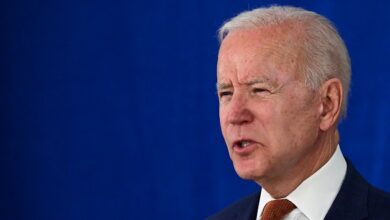 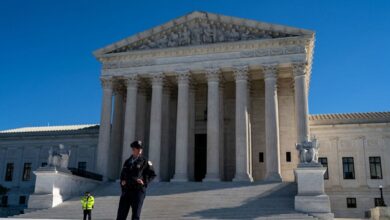