(ATLANTA) — Today is Election Day in Georgia’s runoff races that will determine which party controls the U.S. Senate. It may take days for all the votes to be counted.

Here is how the runoffs are unfolding. All times Eastern.

President-elect Joe Biden said that he feels “optimistic” about Tuesday’s pivotal runoff elections in Georgia during an interview on V103 with Kenny Burns, a local Atlanta radio host.

Asked what specific policies he expects to come before the Senate this year that make it so critical for Democrats Jon Ossoff and Rev. Raphael Warnock to win, Biden cited both the need to get $2,000 payments to struggling Americans and harshly criticized the federal government’s vaccine distribution plan at length, saying Congress needs to be able to provide support to get the vaccine out to all Americans.

“Right now, for example in Georgia, you have only about 75,000 people who have gotten the vaccination, yet you got about a half a million doses of that vaccine in the state. There’s no planning. The federal government has done virtually no planning. It’s one thing to get a vaccination — to get to get the actual vial — sent to you in a frozen pack. It’s another thing to get it into a needle and the vaccination into somebody’s arm,” Biden said.

“So I’m gonna need [Congress’] help in making sure that we establish thousands of federally-run and federally-supported community vaccination centers of various sizes across the country. Located in high school gyms or NFL football stadiums,” Biden said, adding that the vaccination project has to involve multiple levels of the government including FEMA and the under his administration vaccines will be free.

“The inability of the president and the Republican leadership, and Trump in particular, preventing that from being made available to the states is just — it’s just almost criminal in my view. And people are dying,” Biden later added.

The president-elect once again hammered Georgia’s two Republican senators and candidates, Kelly Loeffler and David Perdue, saying they’ve forgotten who they have been elected to represent.

“Look here’s the thing that’s happening. Because of the Republican senators of Georgia, their loyalty is to Trump, not to the people of Georgia. I mean, when I got sworn into the Senate I didn’t swear allegiance to the president, whether it was a Democrat or Republican. I’m not going to have any senators swear allegiance to me. It’s to the Constitution and to the state of Georgia, that’s who you represent,” Biden said.

Georgia Secretary of State Brad Raffensperger is reporting that Tuesday’s election is running “smoothly,” saying in a statement that “Georgia’s election administration is hitting a new milestone for effectiveness and efficiency.”

“After wait times averaging just 2 minutes on November 3rd, Georgia’s election administration is hitting a new milestone for effectiveness and efficiency,” the statement said. “I have always said that after every election, half the people will be happy and half will be disappointed, but everyone should be confident in the reliability of the results.”

The press release from Raffensperger’s office says that as of 12:45 p.m. Tuesday, no polling locations reported wait times longer than 30 minutes, and only one precinct reported a wait time of more than 20 minutes. The release says there have been “few issues and almost nonexistent wait times.”

Trump tweeted that he had heard about an issue in the 12th Congressional District.

Without referencing the president’s tweet, the press release from the secretary of state’s office addresses this issue, stressing that “at no point did voting stop.”

“The only reported issues occurred in Columbia County, Georgia, just outside of Augusta (parts of which are in the 12th District), and were resolved by 10 am,” the statement said. “At no point did voting stop as voters continued casting ballots on emergency ballots, in accordance with the procedures set out by Georgia law.”

“In Columbia County, a small number of the keys that start up the paper-ballot scanners were programmed incorrectly,” it continues. “Additionally, a few poll worker cards were programmed incorrectly, meaning some poll workers were unable to start the touch screen voting machines used for paper-ballot voting. The correct keys and voter cards were delivered to the relevant precincts with a law enforcement escort. Issues were resolved by 10am.” 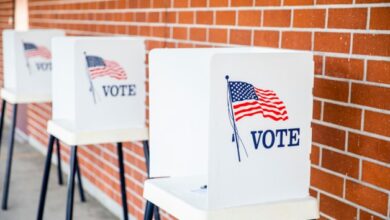 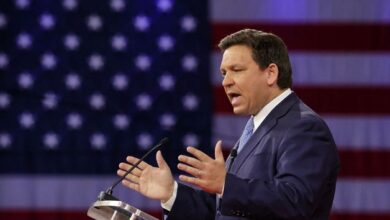 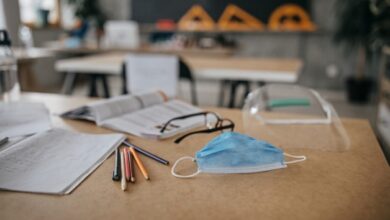 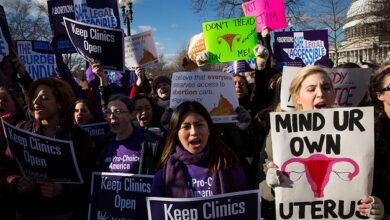