(NEW YORK) — Diets that focus on community and sustainable lifestyle changes are what people will focus on and benefit the most from in 2021, according to an annual ranking of best diets.

The Mediterranean diet — an eating pattern that emulates how people in the Mediterranean region have traditionally eaten, with a focus on foods like olive oil, fish and vegetables — was named best diet overall for 2021 in U.S. News and World Report’s annual ranking.

In addition to maintaining its number one position as the Best Diet Overall for the fourth consecutive year, the Mediterranean Diet, which research suggests can help improve longevity, also earned the top spot in the categories of Easiest Diets to Follow, Best Diets for Healthy Eating and Best Diets for Diabetes, Best Plant-Based Diets and Best Heart-Healthy Diets.

“There are no surprises about which diets perform well here and that’s because we all know which foods we’re supposed to be eating more,” said Angela Haupt, managing editor of health at U.S. News and World Report, noting the Mediterranean diet’s focus on vegetables and whole grains. “Across the board, the top diets overall allow for flexibility and some freedom.”

Other diets that allow for flexibility in eating and also provide a built-in sense of community also fared well this year, according to Haupt.

WW, formerly known as Weight Watchers, which does not restrict any foods and offers both online and in-person support, ranked in the top five in six categories, from Best Diets Overall to Best Fast Weight Loss Diets and Easiest Diets to Follow.

Noom, a diet app that claims to help consumers lose weight through healthier habits and built-in accountability, tied for third place in the Best Commercial Diets category this year, its first as part of the U.S. News and World Report’s best diets ranking.

“We’re all at home and it’s easy to feel despondent and both Noom and WW have personal cheerleaders to help you pull through,” said Haupt. “They are by far the two [diets] that do the best job providing that built-in support and community.”

Haupt noted that both WW and Noom also ranked well because they focus on lifestyle changes versus restricting certain foods, saying, “The all-things-in-moderation approach makes it so much easier for people to stick through for the long term.”

On the opposite end of the best diets list are the Whole30, Atkins, Dukan and ketogenic diets. Those diets are among the most searched online but rank lowest on U.S. News & World Report’s list because of their restrictions, according to Haupt.

The diets that ranked in the top five of this year’s list — Mediterranean, DASH, Flexitarian, WW, Mayo Clinic, MIND, TLC and Volumetrics — have consistently hovered near the top of U.S. News and World Report’s rankings for the past several years.

Here is a breakdown of the diets that rounded out the top five, including several diets that tied for spots, in U.S. News and World Report’s 2021 Best Diets Overall ranking:

U.S. News and World Report called the Mediterranean diet a “well-balanced eating plan” and pointed to research that suggests the diet helps prevent some chronic diseases and increases longevity.

The Mediterranean diet emphasizes eating fruits, veggies, whole grains, beans, nuts, legumes, olive oil and flavorful herbs and spices; fish and seafood at least a couple of times a week; and poultry, eggs, cheese and yogurt in moderation, according to U.S. News and World Report.

“Having a glass of wine is just fine, too,” said Haupt. “On an average day, you might have smoked salmon for breakfast, or maybe a slice of whole-grain toast with half of a mashed avocado. Lunch could be gazpacho soup or a spiced lentil salad, and then for dinner, perhaps penne pasta with roasted cherry tomatoes, olives, capers and pine nuts.”

The DASH diet, made up of low-sodium and healthful foods, was originally started by the National Heart, Lung, and Blood Institute (NHLBI) as a diet to help reduce blood pressure.

The NHLBI publishes free guides on the plan so you can see if it is right for you.

The plan focuses on fruit, vegetables, whole grain, lean protein and low-fat dairy and eliminates foods high in fat and sugar-sweetened drinks and sweets, according to U.S. News and World Report.

The flexitarian diet encourages people to try alternative meat options, like tofu, but leaves room for flexibility if you can’t quite fully give up meat. The diet was promoted by dietitian Dawn Jackson Blatner in a 2009 book that says you can reap the benefits of a plant-heavy diet even if you eat meat occasionally, according to U.S. News and World Report.

This plant-heavy diet focuses on adding five food groups — “new meat,” fruits and vegetables, whole grains, dairy and sugar and spices — to your diet, instead of taking foods away.

WW, formerly Weight Watchers, is backed by Oprah Winfrey, rebranded in 2018 with the new name and focuses on wellness.

WW’s myWW program, launched in 2019, uses details of members’ food preferences and lifestyle to match members with one of three ways to follow the WW program, according to the company.

WW also offers its members support online and is well-known for its in-person group meetings.

The Mayo Clinic diet focuses on a restructured food pyramid that emphasizes fruits, vegetables and whole grains, according to U.S. News and World Report.

“In general, these foods have low energy density, meaning you can eat more but take in fewer calories,” writes U.S. News & World Report. “Think of it this way: For about the same amount of calories you could have a quarter of a Snickers bar or about two cups of broccoli.”

The Mediterranean-DASH Intervention for Neurodegenerative Delay (MIND) diet, ranked fifth last year, is a hybrid of the top-rated DASH and Mediterranean diets.

Among the diet’s requirements is eating three servings of whole grains, a salad and another vegetable daily, as well as a single glass of wine if desired.

The TLC (Therapeutic Lifestyle Changes) diet was created by the National Institute of Health’s National Cholesterol Education Program with the “goal of cutting cholesterol as part of a heart-healthy eating regimen,” according to U.S. News and World Report.

The diet, which moved from up three spots in the Best Overall Diets ranking this year, calls for eating lots of vegetables, fruits and lean meats, and allows for breads and pasta too.

In addition to setting a daily caloric goal, participants aim to cut saturated fat to less than 7% of daily calories and aim to consume no more than 200 milligrams of dietary cholesterol per day, according to U.S. News & World Report.

The Volumetrics diet is described by U.S. News and World Report as “more of an approach to eating” than a structured diet.

Food is divided into four groups with the goal of eating more of categories one and two (fruits and vegetables, nonfat milk and broth-based soup, grains, low-fat meat, legumes) and less of categories three and four (meat, crackers, cheese, cookies, nuts, butter, oil, candies and chips).

“The point is to learn the Volumetrics philosophy and apply it where you can throughout the day,” writes U.S. News and World Report. “See where you can replace a category four item (baked white potato) with a category one item (sweet potato), for example.” 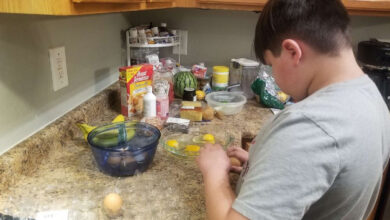 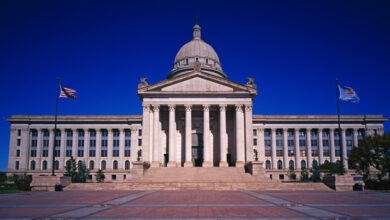 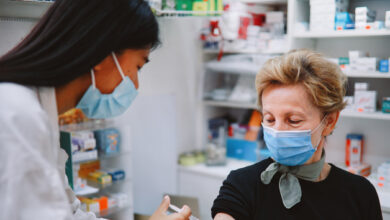 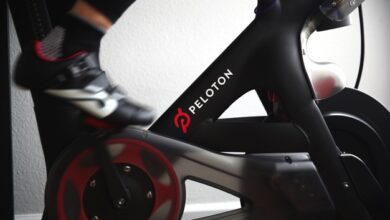