(NEW YORK) — Nancy Pelosi is expected to be reelected House speaker on Sunday when the new session of Congress begins, but the coronavirus pandemic and a diminished majority leaves her with little room for error as the California Democrat seeks what will likely be her final term leading the House.

Pelosi, 80, who has led House Democrats since 2003 and is the only woman to ever serve as speaker, hasn’t faced down a rebellion in her ranks like she did two years ago, when 15 Democrats voted against her on the House floor after unsuccessfully trying to recruit a challenger.

Democrats begin the 117th Congress with a 222-211 majority, after losing about a dozen seats in the November elections. While the surprise losses led some members to question Pelosi’s leadership, many of her would-be critics have pointed to her 2018 commitment to serve only two additional terms as speaker, and the lack of any clear alternative candidate, to justify their support for Pelosi this year.

Pelosi needs a majority of votes from lawmakers present in the chamber to keep her gavel, giving her just five votes to spare if all members are in attendance. One New York House race remains too close to call, while a Louisiana seat will also remain vacant after Rep.-elect Luke Letlow’s death from COVID-19.

Republicans are expected to back Minority Leader Kevin McCarthy of California.

“I’m fine,” Pelosi told reporters last week about the speaker’s race, after announcing that the House would seat Republican Rep.-elect Mariannette Miller-Meeks of Iowa on Sunday, even though Democrat Rita Hart has asked the House Administration Committee to review the contest, which was decided by only six votes.

The coronavirus pandemic has complicated proceedings. While the House allowed members to remain in their districts and vote by proxy during the pandemic, the rule will not be in effect for the first day of the new session — forcing members to travel to Washington for their swearing-in and first day of votes.

They will also vote on the floor in waves, about 72 members at a time, to avoid crowding the chamber all at once — a process that will drag the speaker’s vote into Sunday evening.

Party leaders urged members to travel carefully. In a sign of how cautiously Democratic leaders are approaching the session, they requested travel information and flight numbers for members traveling back to Washington, according to two Democrats familiar with the inquiries.

“Emerging coronavirus conditions in the Nation are rapidly changing for the worse,” Dr. Brian Monahan, Capitol Hill’s top doctor, warned in guidance to lawmakers and staff ahead of the new session of Congress.

In his guidance, which requires all members of Congress to obtain a negative COVID-19 test before arriving in Washington, Monahan also encouraged lawmakers not to bring family members to Capitol Hill — which, under normal circumstances, would be teeming with the families and friends of lawmakers and new members taking their oaths of office for the first time.

“Travel to Washington, DC at this time should be undertaken only by those individuals with official duties in Washington DC,” he wrote. “Accompanying family member travel is highly likely to involve significant hardships and disease exposure risks that are best avoided.”

Of the 15 Democrats who did not support Pelosi for speaker two years ago, three lost their reelection races. New Jersey Rep. Jeff Van Drew, switched parties over President Trump’s impeachment last year, and Rep. Anthony Brindisi of New York will not be seated amid a court-ordered recanvass.

At least two of the remaining 10 Democrats, Reps. Jason Crow of Colorado and Jim Cooper of Tennessee, have confirmed plans to vote for Pelosi, while Democratic aides believe Reps. Kurt Schrader of Oregon and Kathleen Rice of New York are also likely to support her this year.

Rice, a vocal critic of Pelosi’s in the last session of Congress who was passed over for a seat on the House Judiciary Committee two years ago, was recently selected to join the influential House Energy and Commerce Committee over Rep. Alexandria Ocasio-Cortez of New York, and has said little about her plans for the speaker’s vote.

With Reps. Jared Golden of Maine, Abigail Spanberger of Virginia, and Conor Lamb of Pennsylvania expected to oppose Pelosi and write in other candidates for speaker, Pelosi can only afford two additional defections if all 433 members are present on Sunday.

Absences could also help lower the threshold for Pelosi, and ease her path to victory. At least two Republicans, Reps.-elect Maria Elvira Salazar of Florida and David Valadao of California, have said they will miss the first day of the session after recently testing positive for COVID-19, which could also lower the number of votes Pelosi needs to win the gavel.

Rep. Gwen Moore, D-Wisc., who disclosed her own COVID-19 infection less than a week ago, plans to attend the session, according to a spokesperson. It’s not clear when Moore first had the infection or how long she was in isolation — her office did not respond to follow up questions about her case.

Hastings, in a statement on Sunday, said she will not be attending the vote.

“Pursuant to guidance from my doctor, I will remain in Florida and be sworn in for the 117th Congress this week by my esteemed colleague and friend, Congresswoman Debbie Wasserman Schultz,” the statement said. “I am honored to have been elected to serve another term in Congress and proudly represent the people of Florida’s 20th district.”

Any last-minute infections could further scramble the math for Pelosi — a possibility she alluded to on a call with Democrats last week when she said her opponent in the race is the virus, according to a Democratic aide on the call.

It’s unlikely that any of the new House Democrats joining Congress this year will vote against Pelosi, though progressives could make life difficult for her moving forward if they band together on votes. 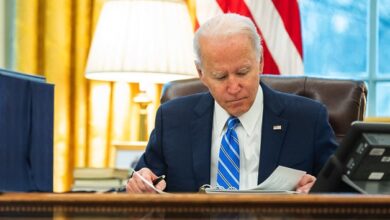 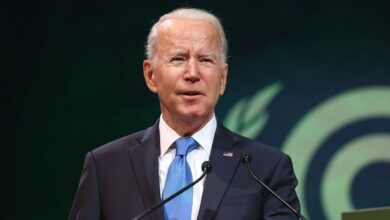 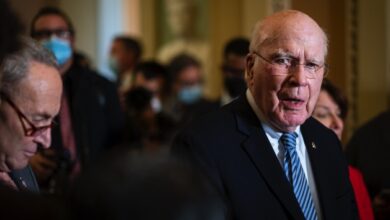 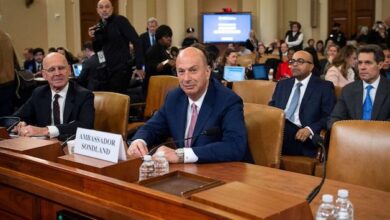