(DENVER) — In addition to the first case of the new COVID-19 variant detected in Colorado on Tuesday, there is now a second possible case, Colorado health officials said Wednesday.

Both individuals are members of the Colorado National Guard who were deployed to a nursing home that had a COVID-19 outbreak, though it is not known whether they contracted the new variant at the facility or prior to their work there.

“There is no evidence that [new variant] is circulating there, but testing is ongoing,” Dr. Rachel Herlihy, Colorado state epidemiologist, said during a Wednesday news conference.

National Guard members are regularly tested, and neither individual traveled internationally in the weeks prior to getting sick, health officials said. The initial case, which was announced Tuesday, was the first detected U.S. instance of the new COVID-19 variant, which is known as B.1.1.7 and which was first identified in the United Kingdom.

The initial patient, a man in his 20s who is experiencing mild symptoms, is currently in isolating at home, health officials said. The person with the second possible case — which Dr. Emily Travanty, scientific director of the laboratory services division at the Colorado Department of Public Health and Environment (CDPHE), described as “highly suspicious, but not yet confirmed” — is isolating at a hotel.

“We’re still working to complete the analysis on this sample,” Travanty said.

“Viruses constantly change through mutation, and new variants of a virus are expected to occur over time,” according to the Centers for Disease Control and Prevention. The CDC said it expects “there will be additional cases that are likely to be detected in the coming days.”

“The fact that Colorado has detected this variant first in the nation is a testament to the sophistication of Colorado’s response and the talent of CDPHE’s scientist and lab operations,” Jill Hunsaker Ryan, executive director of the CDPHE, said in a statement. “We are currently using all the tools available to protect public health and mitigate the spread.”

“There is a lot we don’t know about this new COVID-19 variant, but scientists in the United Kingdom are warning the world that it is significantly more contagious,” Gov. Jared Polis said Tuesday.

A preliminary analysis from Public Health England found that the new COVID-19 variant detected in the United Kingdom isn’t more deadly than the prior dominant variant.

It’s still likely that the new variant, which accounts for more than half of new positive cases in the U.K., is more transmissible, because of the speed at which it has outpaced the prior variant, the analysis found.

“If you’re ill, instead of only making two or three people sick, you might actually spread to four or five people,” Dr. Eric France, chief medical officer at CDPHE said during the Wednesday news conference. A more transmissible virus could cause community cases, and therefore hospitalizations, to rise quickly, potentially overwhelming the health care system, France explained.

Despite their small genetic differences, the variants are all the same virus, SARS-CoV-2, and transmitted through droplets, meaning social distancing and masks should still work to slow disease transmission, according to the Public Health England report.

The governor stressed that these fundamental public health measures are still vital.

“It’s the very same things we need to do to slow the spread,” Polis said. “If, in fact, this variant turns out to be more transmissible, it doesn’t mean masks don’t work.”

Starting this week, parts of Colorado are moving to phase 1B of the state’s vaccine distribution plan, which will allow anyone age 70 and older to get vaccinated for COVID-19. 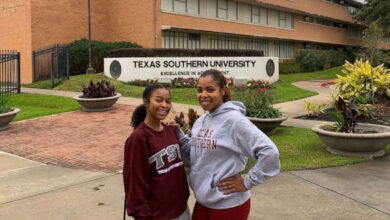 Anticipating a vaccine, supply chain preps for challenges ahead 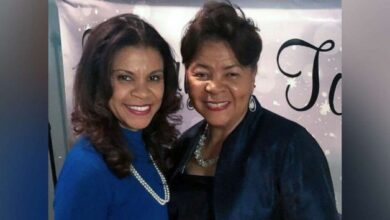