The Netflix series, created by Chris Van Dusen and based on Julia Quinn’s bestselling novels, is set in London during the Regency era and depicts the equally dramatic and romantic twists and turns of high society’s courting season. The couple at the center of it all, Dynover’s Daphne Bridgerton and Page’s Simon Basset, aka the Duke of Hastings, has sparked the interest of viewers.

Page told GMA the chemistry between his character and Dynover’s was “probably the easiest part” of the job for him.

“We were working with such wonderful material,” the Sylvie’s Love actor said. “The characters already existed … and they have great chemistry in the books, so all we had to do was channel through this amazing chemistry that already existed.”

There was also an intimacy coordinator on the set to help make shooting the most passionate of scenes more comfortable for the actors.

“It was so great to have an intimacy coordinator,” Dynover said. “We blocked every scene weeks before we started shooting them, so by the time we got to set, we knew exactly what we were doing, and we both felt safe. I think it just made the whole experience a lot easier and nicer for both of us.”

With an effortlessly diverse cast, Bridgerton doesn’t look like other period pieces you may have seen set in the early 1800s. It also doesn’t sound like what you might expect, often featuring instrumentals of today’s most popular songs like Ariana Grande’s “thank u, next.”

Dynover said the series is a “reimagined world” of the historical era, with the music and dancing being a “really special part” of the experience. Hello, ‘Clarice’: CBS teases first look at its ‘Silence of the Lambs’ spin-off 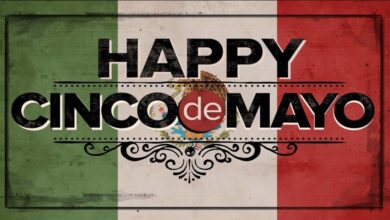 Today Is Cinco de Mayo . . . Only 10% of People Know What It’s Celebrating