Netflix(FLORIDA) — In an end-of-year email to her fans, controversial Tiger King star and former Dancing with the Stars contestant Carole Baskin says she’s still grinding away.

The 59-year-old says she’s “in negotiations for a TV show series on the work we do to end big cat abuse and to write my memoirs,” and has been making bank by sending messages to fans via the video messaging service Cameo.

“I’m one of Cameo’s most prolific earners,” she gushes, “having created more than 2,300 greetings with 400+ fabulous reviews.”

According to Baskin’s Cameo profile, a personalized message from the reality show star costs $299.

She also said she’s been at work on her cellphone game, and on licensing deals for a bobblehead and Halloween masks bearing her likeness, Page Six reports.

By contrast, Baskin points out in her “Where are the ‘Tiger King’ stars now?” section of her email that her former nemeses Joe Exotic and Doc Antle are doing considerably less well. Both men are behind bars for plotting to have her killed and for wildlife trafficking, respectively.

The eccentric Exotic has accused Baskin of killing her wealthy ex-husband, Don Lewis, and having his corpse shredded in a meat grinder and then fed to her big cats. Baskin denied the accusations. Officially, she reported her husband missing in 1997, and petitioned a judge to have him declared dead five years later. 'The Crown', 'The Mandalorian' lead the field with 24 noms; 'WandaVision' conjures 23 for 73rd Emmy Awards Elliot Page to be bestowed with Outfest Annual Achievement Award 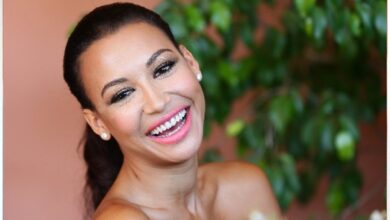