(NEW YORK) — Two months after a second-trimester pregnancy loss, Chrissy Teigen is reflecting on her postpartum body and her future.

In an Instagram post, the model shared a recent photo of herself, noting that her belly acts as a constant and “frustrating” reminder of “what could have been.”

Still, she added, she’s “proud of where this entire journey took my body and mind in other ways.”

“I love being pregnant, so so much, and I’m sad I never will be again,” Teigen continued. “But I am lucky to have two amazing little ones who are transforming into big little people more and more every single day.”

Teigen, 35, and her husband, singer John Legend, 41, revealed in August that they were expecting their third child, whom they conceived naturally following years of infertility struggles. Previously, they’d welcomed their two children, Luna, 4, and Miles, 2, via in vitro fertilization.

However, this pregnancy was especially complicated. In late September, following weeks of bed rest, the Cravings cookbook author shared that she had been hospitalized due to excessive bleeding caused by her placenta. Days later, she revealed that all of the medical interventions weren’t able to save the “little guy” she and Legend had named Jack.

“We are shocked and in the kind of deep pain you only hear about, the kind of pain we’ve never felt before,” she wrote on Instagram. “We were never able to stop the bleeding and give our baby the fluids he needed, despite bags and bags of blood transfusions. It just wasn’t enough.”

“To our Jack – I’m so sorry that the first few moments of your life were met with so many complications, that we couldn’t give you the home you needed to survive,” she continued. “We will always love you.”

Typically, medical professionals use the term “miscarriage” when referring to a loss before 20 weeks gestation, while “stillbirth” is used to describe a loss at 20 weeks or later. The American College of Obstetricians and Gynecologists reports that at least 10% of clinically recognized pregnancies end in miscarriage, though that number is likely higher because many women miscarry before they’ve confirmed they’re expecting. Stillbirth is considered by ACOG to be “one of the most common adverse pregnancy outcomes,” affecting 1 in 160 deliveries in the United States every year, or about 23,600 babies.

And yet, despite how common pregnancy loss is, many are uncomfortable discussing it. Experts told Good Morning America in October that Teigen’s openness about her experiences can help remove some of the stigma that exists around the issue.

“To a lot of women who never came forward and spoke about it, she’s saying, ‘It’s OK to feel what I’m feeling. This is normal,'” Dr. Nita Landry, an OBGYN in Los Angeles, said. “Until we can have those open, honest conversations, a couple things will happen: number one, there will continue to be misinformation and number two, women will continue to suffer in silence, which is unacceptable.” 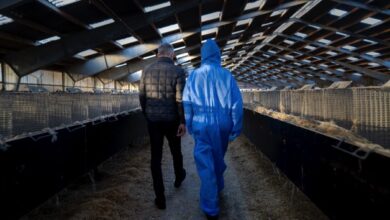 What are scientists doing to prevent the next pandemic? 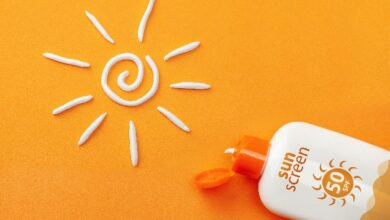