NBCUniversal/Peggy Sirota(NEW YORK) — Pete Davidson is in the process of trying out a new look — a look sans tattoos.

The Saturday Night Live star apparently revealed the news while doing a Q&A session with the King of Staten Island cast and crew which film critic Mike McGranaghan was able to attend and relay the news.

“Just attended a virtual Q&A with the Judd Apatow and the cast of THE KING OF STATEN ISLAND. And here’s a scoop: Pete Davidson is in the process of getting all his tattoos removed,” the critic tweeted at the time.

McGranaghan was later questioned on the seriousness of this “scoop” and he stood his ground that “it’s real.”

“No, it’s real,” he wrote. “He even showed his hand, which is already done. He said it takes 3-4 hours in the makeup chair to cover them, so he figured “it would be easier to get them burned off.”

Davidson has more than a few tattoos covering his body in areas like his arms and chest that are highly visible. There was no mention of why the 27-year-old actor wants to get rid of his ink. 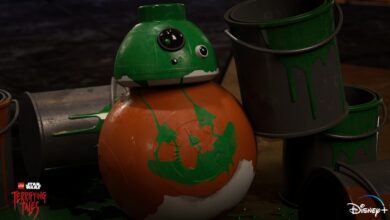 Disney+ lays out thrills and chills for Halloween