(WASHINGTON) — President Donald Trump is slated to hand over control of the White House to President-elect Joe Biden in 35 days.

Chris Krebs, the former head of the Department of Homeland Security’s cybersecurity agency — fired by Trump after stating there was no evidence of widespread election fraud — is testifying Wednesday before a GOP-controlled Senate committee investigating unfounded claims about the 2020 election.

The hearing, “Examining Irregularities in the 2020 Election,” was announced by Senate Homeland Security and Governmental Affairs Chair Ron Johnson last week and immediately drew blowback from Democrats who argued that a hearing challenging election results would be damaging to democracy. Republican Sen. Mitt Romney has since said he is not attending.

Krebs penned an op-ed for CNN published ahead of the hearing in which he said that false allegations and disinformation about the election came from inside the country and “only serve to confuse, scare and ultimately undermine confidence in the election.”

“Unfortunately, as we moved on from November 3, we began to see wild and baseless claims of domestic origin, about hackers and malicious algorithms that flipped the vote in states across the country, singling out election equipment vendors for having ties to deceased foreign dictators. None of these claims matched up with the intelligence we had, based on reporting from election officials or how elections actually work in this country,” Krebs wrote.

Given the history and the stakes, it’s a bit surprising that Vice President-elect Kamala Harris hasn’t had more of her own moments in the six weeks since she and Biden were elected.

But that could be changing — in ways that will matter when she is sworn in, and quite possibly before then.

Harris will be a Black vice president in an administration facing criticism for a relative lack of diversity. She will be a key figure in convincing communities of color to trust the COVID-19 vaccine.

Perhaps most relevantly, for the moment, she remains a sitting U.S. senator as lawmakers close in on a pre-Christmas relief bill. That leaves Harris positioned to have a hand in some Biden-style deal-making even before she is sworn in as vice president.

“I applaud Mitch McConnell for talking to Joe Biden today,” Harris told ABC’s Robin Roberts Tuesday in an interview that aired on Good Morning America Wednesday. “It would have been better if it were earlier, but it happened, and that’s what’s most important. So let’s move forward.”

Many Democrats might laugh at the idea that McConnell or any Republican deserves credit for acknowledging a reality that’s been apparent for weeks, and simply stating that Biden is president-elect.

But Biden and Harris aren’t laughing through a serious moment that requires buy-in from both parties.

Ahead of meeting virtually with a group of governors, Biden is expected to introduce former primary campaign rival Pete Buttigieg as his nominee for transportation secretary from Wilmington, Delaware, on Wednesday, as he continues to build out his incoming Cabinet. At age 38, Buttigieg would be Biden’s youngest nominee to date, and if confirmed he would become the first openly gay Cabinet member.

Biden also has other picks in the pipeline — including the nomination of former Michigan Governor Jennifer Granholm to head the Department of Energy, according to sources, and the appointment of Gina McCarthy, who served as administrator of the Environmental Protection Agency in the Obama Administration, as his top domestic climate policy aide, according to a source familiar with the decision.

Trump, meanwhile, is slated to convene his first Cabinet meeting since Election Day. The president has maintained a light public schedule since the election, turning to Twitter instead to air his grievances with the process. Most recently, he told Senate Majority Leader Mitch McConnell that it’s “too soon to give up” after McConnell acknowledged Biden as the president-elect for the first time on Tuesday.

Hours after recognizing Biden as the president-elect, McConnell warned Republicans on a conference call Tuesday that a Jan. 6 fight over electors would be a “terrible vote” and divisive for the party, sources familiar with the comments told ABC News. But some of Trump’s Republican allies are still committed to challenging results on the House floor — even as Senate Republicans have begun acknowledging Biden’s victory.

“I have a choice, I can either fight, or I can join the surrender caucus,” Rep. Mo Brooks, R-Ala., one of the leaders of the effort to challenge the certification of the Electoral College, told ABC News. Brooks said Monday’s Electoral College vote hasn’t changed his plans, but he has yet to find a GOP senator to back him to challenge the vote (a representative from each chamber is necessary).

Brooks might find a willing senator on Capitol Hill Wednesday when Sen. Ron Johnson, R-Wis., chairman of the Homeland Security and Governmental Affairs Committee, holds a hearing on “election irregularities.” The hearing comes despite the fact that the Cybersecurity and Infrastructure Security Agency deemed the 2020 election the most secure in history, and Attorney General William Barr, set to depart the White House before Christmas, said the Department of Justice found no evidence of widespread voter fraud that would change the results of the election. 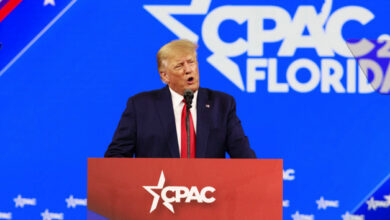 Is Trump's hold on the GOP waning? We’re about to find out. 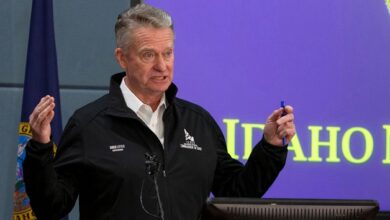 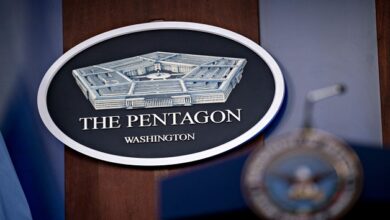 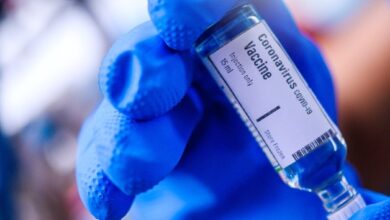 US to get COVID-19 vaccines first because it’s ‘epicenter’ of pandemic, biggest investor: Official