(WASHINGTON) — After months of stalled negotiations on a desperately-needed COVID-19 relief package, top Congressional negotiators are still deep in discussions to try and hammer out a deal before the end of the week.

House Speaker Nancy Pelosi had invited McConnell, Democratic Leader Chuck Schumer and House Minority Leader Kevin McCarthy to meet in person at her Capitol Hill office to finalize both a massive $1.4 trillion spending bill and additional COVID-19 relief — the first “Four Corners” meeting the leaders have had in months.

Schumer told reporters as he left the Capitol Tuesday that the two parties are exchanging papers.

Asked if an agreement is within reach earlier in the evening, McConnell replied: “We are still talking to each other and there is agreement that we are not going to leave here without an [omnibus] and a [COVID-19] package.”

The multiple meetings Tuesday come ahead of an upcoming government funding deadline on Dec.18.

Lawmakers are still working on details of the omnibus spending bill that would fund the government through September 2021. Top negotiators had confirmed that legislative text would be out Tuesday, but issues remain: wage requirements for public works projects and limits on surprise medical bills.

At the same time, lawmakers still need an agreement on a COVID-19 relief package, with the expectation that any stimulus deal would “hitch a ride” on the spending bill that must pass before Friday.

Several pandemic relief programs that millions of Americans have relied on during the pandemic are set to expire at the end of the year.

Pandemic Emergency Unemployment Compensation, which provides an additional 13 weeks of unemployment insurance and the Pandemic Unemployment Assistance Program, which aids self-employed or part-time workers, are set to expire on Dec. 31.

The nationwide eviction moratorium will expire at the end of the year, as well as the student loan forbearance program, which President Donald Trump implemented by executive order.

The Paycheck Protection Program to assist small business owners stopped taking applications in August. And the boosted $600 in federal unemployment insurance ran out in late July.

Late Monday, a bipartisan group of House and Senate lawmakers unveiled two compromise bills totaling $908 billion, which leaders on the Hill hope will be used as a “framework” for discussions.

The first of the two bills is a $748 billion proposal that includes measures both parties are largely in agreement on. It includes $300 billion for the small business administration, $300 per week in federal unemployment assistance, $13 billion for food assistance, $25 billion for rental assistance, education funding, child care funding, funding for vaccine distribution, an eviction moratorium, an expansion of student loan forbearance and more.

The first bill is meant to address “emergency” issues and there is bipartisan agreement on nearly all of it.

The second bill includes money for local and state governments that Democrats want, and it would also address liability protections for employers, which Republicans support — both of these are thorny issues that have held up negotiations for months.

The $160 billion proposal includes $152 billion for state and local aid and an agreement on the creation of a distribution formula to ensure that COVID-19 relief money is not being used for debts incurred by states before the virus.

Members concede that liability protections remain the most difficult sticking point in conversations.

Schumer continued to advocate for state and local aid during his press conference Tuesday.

“I think we need more for distribution on state and local everyone knows my position, it has broad bipartisan support,” Schumer said.

Earlier Tuesday, McConnell vowed that the Senate would not leave until a COVID-19 relief deal is reached.

“We’re not leaving. I assure you, we are not leaving until we finish this package,” McConnell told reporters. 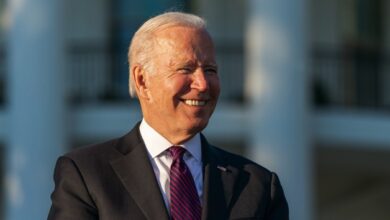 Biden gets first physical as president, power to be transferred to VP Harris 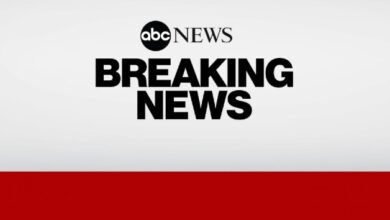 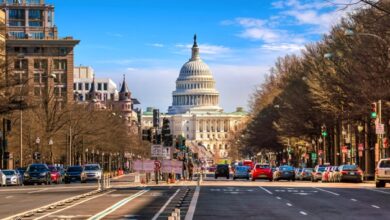 Why Democrats want to make Washington, DC, the 51st state 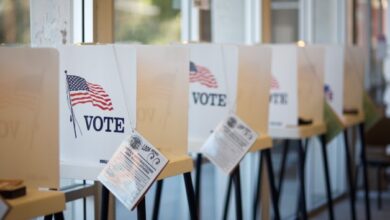