(NEW YORK) — Less than a year ago, little was known about the mysterious virus that was sickening dozens in China and spreading rapidly unbeknownst to people across the globe.

At the time, 35-year-old Hamilton Bennett, the senior director of vaccine access and partnerships at Moderna, a small, then-relatively unknown biotech company based in Cambridge, Massachusetts, did not anticipate that her team’s years of work would soon be thrust into the global spotlight when Moderna became the first American company to jump into the race to a coronavirus vaccine.

In the midst of much uncertainty and chaos, Bennett has emerged as one of the unsung heroes of the pandemic, working feverishly and tirelessly behind the scenes throughout the year to help engineer a vaccine that could potentially save millions of lives.

Although the emergence of COVID-19 was first publicly reported in late December 2019, there was still very little known about the viral outbreak. In January, with exponential growth in infection rates in the city of Wuhan, China, and increasing evidence of high community transmission, Moderna’s leadership acknowledged that the outbreak was a serious threat and asked Bennett to begin working on a COVID-19 vaccine as soon as the new virus’ genome sequence was obtained.

Moderna already had a template to work from, having spent several years designing experimental mRNA vaccines for the Middle East respiratory syndrome coronavirus (MERS-CoV) and the Zika virus. The company had also been working for years in conjunction with the National Institutes of Health (NIH) on bringing a new class of vaccines to market.

However, the decision that Moderna was confronted with in early January — of whether to try to develop a vaccine against the rapidly spreading novel coronavirus — was ultimately a difficult one.

There was still very little known about the new virus, and if the development of the vaccine did not go as planned, the company’s entire platform, which it had spent the last 10 years building, was at risk of collapse.

“Do we put our platform on the line for this pandemic? If we’re successful, we’ve stopped a pandemic. We’ve demonstrated everything that we intended to demonstrate with our technology, and we’ve accelerated the introduction of this novel technology that we know can bring benefit to the public health community by years, if not decades,” Bennett said. “But if it didn’t go well, we potentially jeopardized our entire pipeline, and our entire company could be wiped out with one decision.”

Similar debates were taking place among many of the world’s top pharmaceutical firms, according to Bennett, who described a late-January industry conference call about emerging infectious diseases where several top echelon executives had expressed concerns about the risks of joining the global efforts. Some said it would divert resources from thriving areas of research and reprioritize other lucrative programs, while betting on a yet unproven vaccine technology.

Others were not convinced that the pandemic would last more than a few months and felt it would be more prudent to wait before moving forward, until there was proof the virus was indeed a threat.

Despite the risks, Bennett said she felt very strongly that it was the company’s moral and social obligation to develop the vaccine and, thus, advocated to push the company to take the gamble.

“We believe that our platform is going to make a difference, and we believe that we’re uniquely capable of responding to this pandemic. And if we don’t do it, maybe no one else will,” Bennett said, while recalling her reasoning at the time.

“I think I emailed my team every six hours, Saturday, Sunday saying, ‘Have you designed the vaccine sequence yet?’” Bennett described.

The team was able to quickly identify the spike protein and understand how to engineer and stabilize it to induce a strong immune response, and when Bennett’s team and the researchers at the NIH saw they had designed the same sequence independently, they felt confident in their findings.

This new type of a vaccine relied on a highly innovative and experimental technology, using messenger RNA (mRNA), described informally by Moderna as the “software of life.”

Unlike more traditional vaccines, which consist of weakened or inactivated forms of a virus, thus stimulating the body’s immune response to create antibodies, a vaccine using mRNA sends a set of instructions into cells to teach them to make a protein, which will trigger an immune response inside our bodies to fight off the disease.

But a vaccine based on mRNA had never been approved by the FDA before.

Moderna and Dr. Barney Graham, deputy director of the Vaccine Research Center at the NIH, had discussed executing a prototype project for a mRNA vaccine in 2020.

However, when the severity of the pandemic became evident, “knowing what MRNA could do, having confidence in our platform, we thought, how do we show the global public health community what MRNA can do in a pandemic?” Bennett said. “We realized that [SARS-CoV-2] was our prototype and that this was a live run that we were moving through.” It was no longer just an interesting experiment on a clinical scale.

Time was of the essence. A major advantage of mRNA is that it is very easy to manufacture these RNA sequences once researchers know the sequence of the viral protein they want to target.

“Every day we just accelerated that timeline faster and faster. I was so focused on the program, and I would leave the office at 10 o’clock at night. I would come back by 7 a.m. It almost felt like the world around us was shifting, but for those of us on the program, our entire world was the program,” Bennett said.

Moderna’s phase 1 study had been initially expected to begin in late April, but acknowledging the urgency of the situation, Bennett’s team pushed the timeline forward.

“We’d set our timelines for phase 1, thinking, ‘we could possibly start a phase 1 study in April,'” Bennett said. But when the first documented case in the United States was confirmed by the Centers for Disease Control and Prevention on Jan. 20, Bennett’s team realized they needed “to move much faster. Clearly, this is coming, and it’s coming to the states.’”

When data from the first phases of Moderna’s clinical trial revealed the vaccine candidate had generated a protective immune response, it was a “sigh of relief” from the team — but there was “no time to appreciate it,” Bennett said. “The world was looking at us because we had started the first study in the U.S. We had done it faster than anyone before had ever done it. At that point, you’ve got to succeed.”

After launching successful phase 2 and 3 trials, Moderna reported an efficacy rate of 94.1%.

When Bennett heard the good news on a conference call with her colleagues, she said, “I think most of us on the call just sort of shut off and maybe blacked out for a little bit.”

And now, as Moderna awaits potential emergency use authorization by the FDA, Bennett said she is proud of what her team has accomplished.

“I think what we’ve done is show the world that it’s OK to be bold and to stand up and say, ‘We can do this,’” said Bennett, adding that it will likely be months before she will be able to fully appreciate her team’s hard work. “I’ll have a moment to step back and think about what I’ve done and what our team has done and what our company has done.”

“I think when every person in primarily the U.S, but also in our global space has access to a vaccine … that’s when I think I’m going to be able to breathe, say, ‘OK, we’ve done it,’” she concluded. 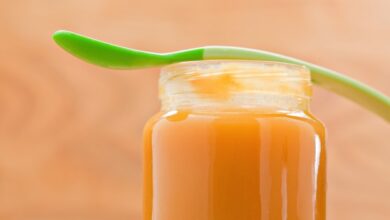 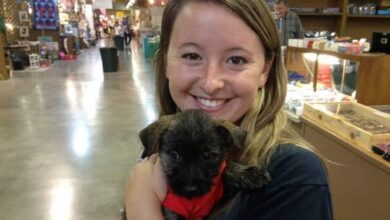 They had an appointment to get the vaccine, but died from COVID-19